Kahlil Gibran’s The Prophet published as a minibook

Welcome to the world of miniature books! The true meaning of a miniature book is that it will impress you with its readability and perfect quality right down to the last detail.

In 2014, the German publishing house Miniaturbuchverlag in Leipzig published the smallest ever edition of Khalil Gibran’s masterpiece.

Based on the 4th printing of the standard edition published by Alfred A. Knopf in 1923, this minibook is but 5.5 cm high, 4.2 cm large and 1.9 cm thick (2.17 inches x 1.65 inches x 0.75 inches). It is protected by a slipcase. And the famous Hand of Fire design, although in a different design, is reproduced in gold leaf on the case and in the book. 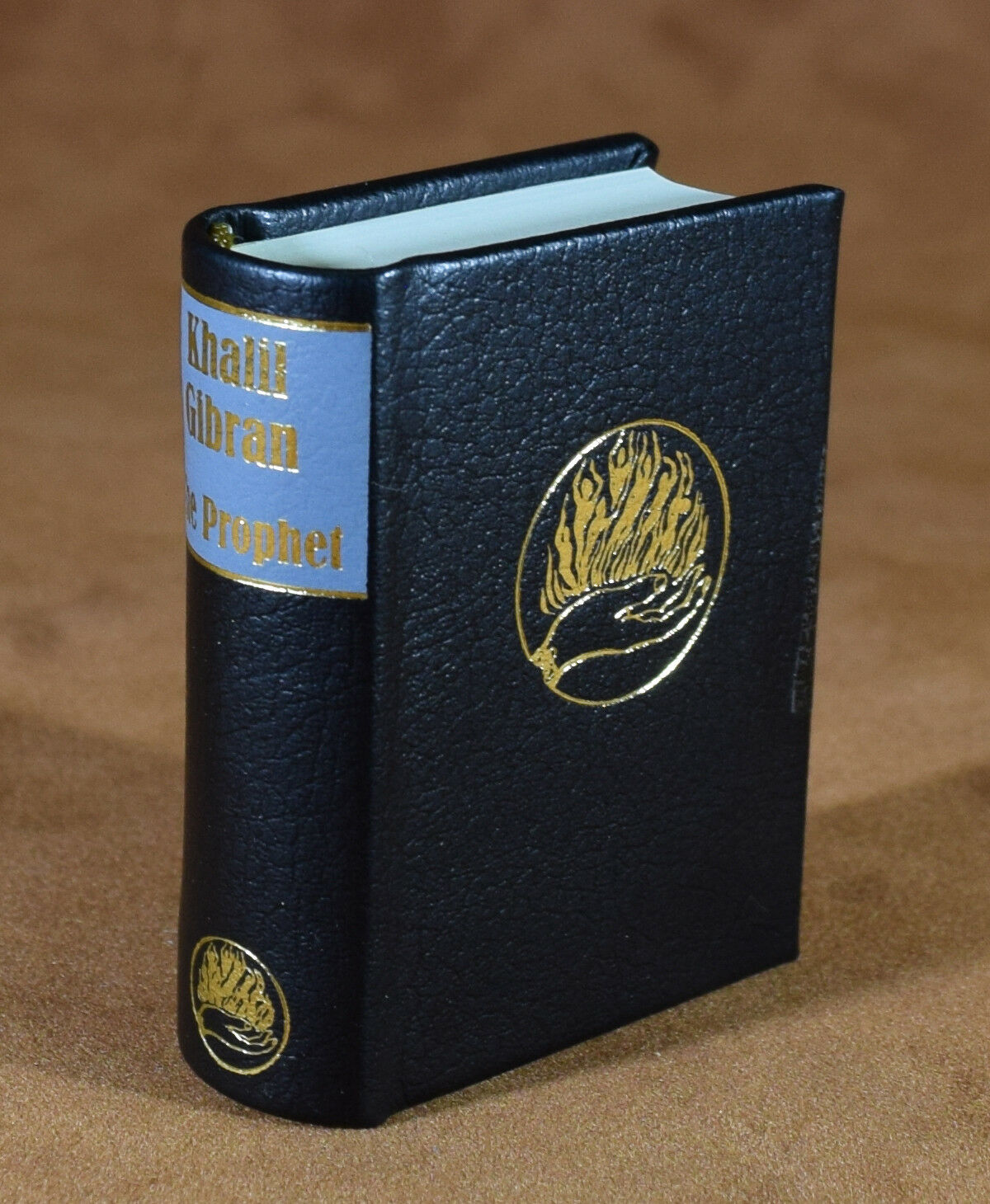 All twelve original illustrations by Khalil Gibran are also reproduced throughout this 359-page minibook. 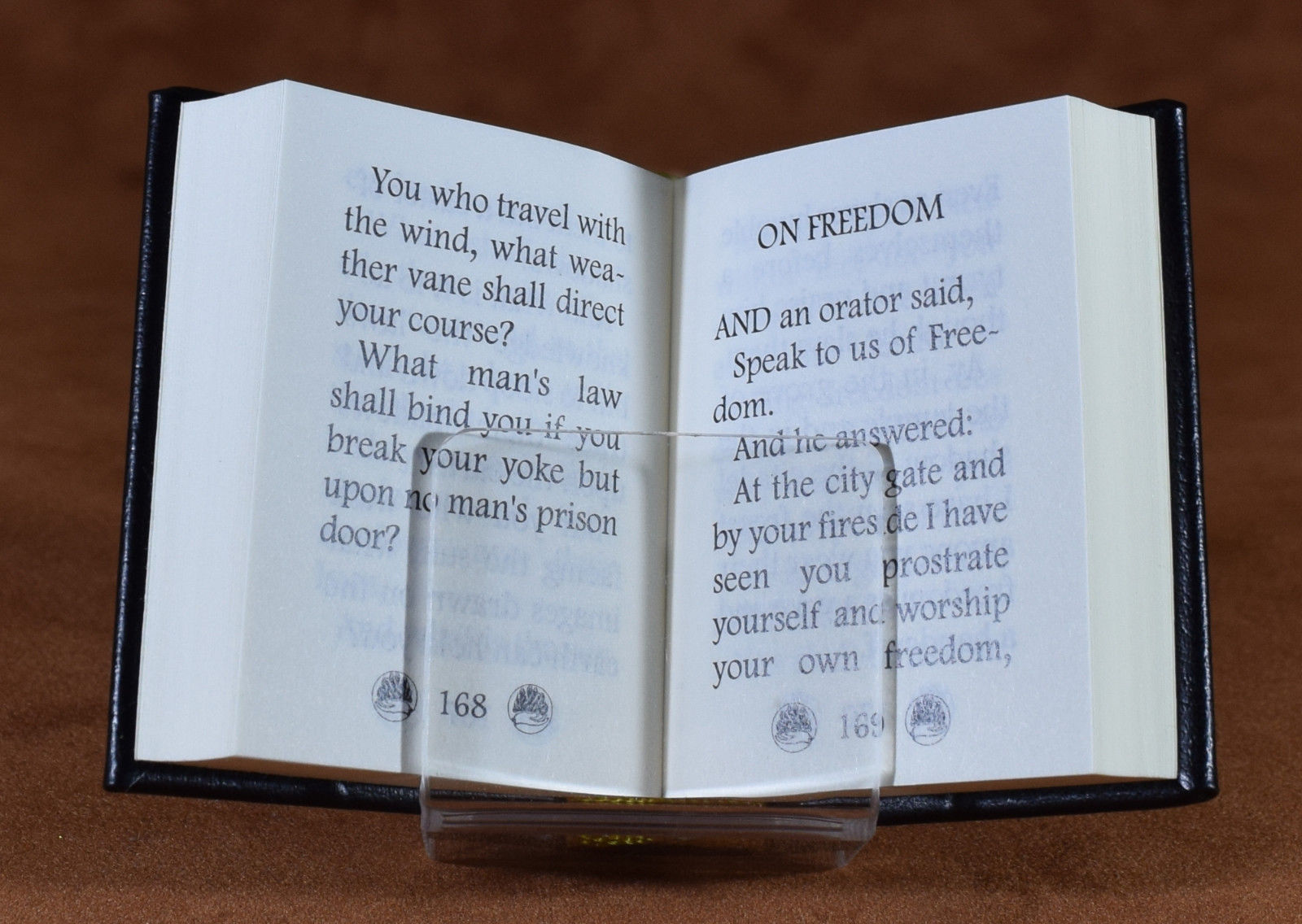 In February 2020, Philippe Maryssael published his second book by Gibran, Le Sable et l’Écume, translated into French from Sand and Foam (1926). His third book, Le Prophète, translated from Gibran’s masterpiece The Prophet, has been available since December 2020.