Francesco Medici, an international Gibran scholar and research producer for The Documentary film Kahlil Gibran The Reluctant Visionary has unearthed a rare photograph of Gibran lost in a private collection, held at the National Museum of American History.

This photograph ‘Silver gelatin on paper 1 item, 5.8″ x 9.6″ may have eluded scholars and researchers due to the incorrect spelling of Gibran’s surname. “Giran”

The Craft Studios photo taken in October 1924 captures an event hosted by The Progressive Syrian American Club; the evening was held to honor Gibran for his community and literary work.

Men and women can be seen seated at several banquet tables in a large room at Tuller Hotel, there is a small band on stage at the far end of the room and Gibran is seated just left of the stage. 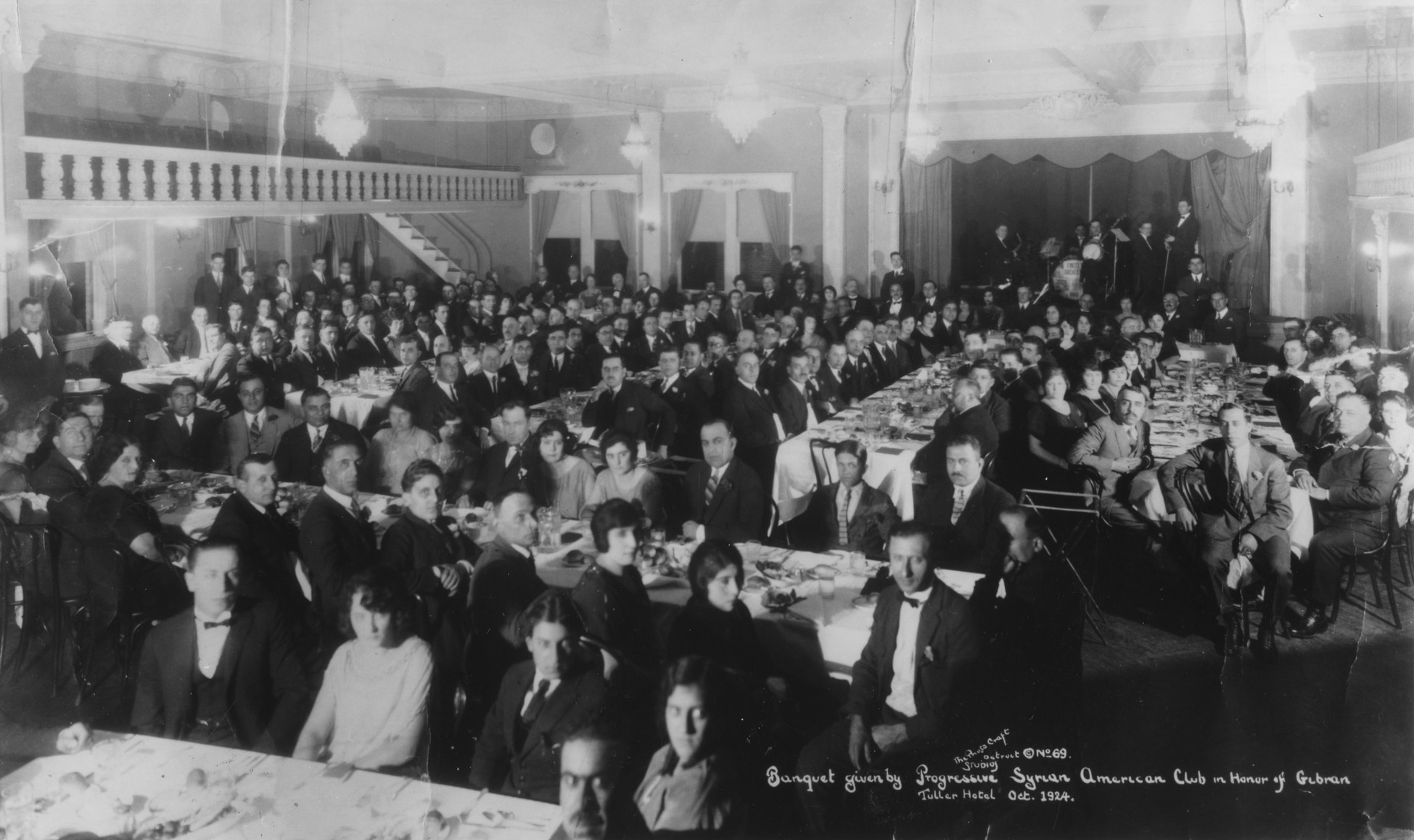