“Generations will not exhaust it”: A Prophecy about "The Prophet"

In October 1923, educator, philanthropist, and traveler Mary Haskell prophesized the success of The Prophet by Kahlil Gibran after receiving a copy of the book she helped bring to fruition.

This book will be held as one of the treasures of English literature. And in our darkness we will open it to find ourselves again and the heaven and earth within ourselves. Generations will not exhaust it, but instead, generation after generation will find in the book what they would fain be—and it will be better loved as we grow riper and riper.

Nearly one hundred years later The Prophet has sold millions of copies worldwide, never gone out of print, and translated into more than 100 languages.[1]

The powerful cross-cultural connection between the artist and writer Kahlil Gibran, and his friend and supporter Mary Haskell, marked one of the literary world’s most important creative partnerships. Despite diverse backgrounds—Kahlil, a poor immigrant from the mountains of Lebanon, and Mary, a Northeastern transplant from the recently defeated Southern United States—the couple shared common interests, including art, music, theater, history, people, and literature. Their faith in and love of humanity led them on a transformative personal and literary journey that culminated in one of the twentieth century’s most notable books in history.[2] 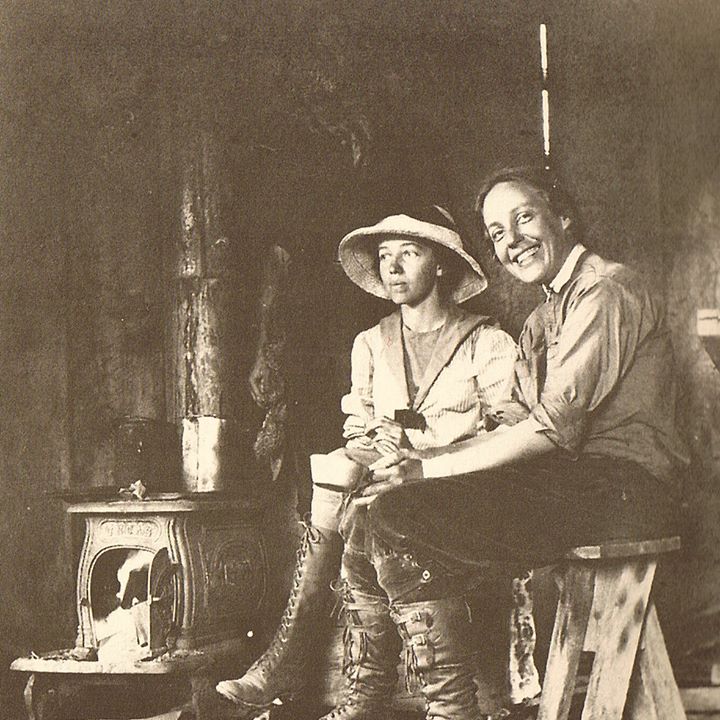 By the time Kahlil and Mary met in Boston in 1904, each had finished their formal educations. Kahlil studied at Madrasat-al-Hikmah, a Maronite college in Beirut, and Mary went to Wellesley College in Massachusetts, one of the elite American women’s schools collectively known as the Seven Sisters. In Lebanon, Gibran focused his studies on Arabic and French literature. He also began to write, and, with his friend Joseph Hawaiik, published a magazine called al-Manarah or The Beacon. Kahlil’s knowledge of Western literature mostly came informally from his early American mentor Fred Holland Day. Day, a book publisher, bibliophile, and avant-garde photographer, introduced his young protégé to Shakespeare, Tolstoy, and classical mythology, but he also emphasized the Romantics in their varied forms, including Emerson and the Transcendentalists, Rossetti and the Pre-Raphaelites, Maeterlinck and the Symbolists, and D’Annunzio and the Decadents. Day’s associates also shared their knowledge with Kahlil, especially Gibran’s one-time love interest poet Josephine Preston Peabody.

At Wellesley, Mary studied Western literature, along with philosophy, German and the sciences. She also served as an editor for the school’s paper The Wellesley Magazine. She too had an interest in the romantics and their related genres, but she was also a follower of the English writers Matthew Arnold and Thomas Carlyle. Categorized as Victorian sage writers, these authors penned works that moralized their views about the world. For Arnold, the moral demise of society could only be remedied through the pursuit of perfection in all cultural realms, especially education. Carlyle’s ideas leaned towards socialism, but he also believed in the importance of bold, visionary leaders to guide social, political, and religious change, which he wrote about in On Heroes, Hero-Worship and the Heroic in History.[3]

With their formal educations behind them, and their literary foundations grounded, Kahlil’s and Mary’s discussions about literature began in earnest in 1910, after Gibran returned from his two-year study trip to Paris, which Mary funded. The couple would usually meet during the evening at Mary’s school on Marlborough Street in Boston. Their gatherings were not exclusively dedicated to books, but often squeezed between visits to the theater, symphony, museum, or library. They also discussed Kahlil’s artwork. Kahlil often appeared at Mary’s with wet canvases that he carried from his home, over a mile away. Sometimes their meetings included other people, such as Charlotte Teller and Aristides Phoutrides, two other creatives Mary supported. More rarely, Mary would host a dinner party to invite people who might help Kahlil. Mostly, however, Kahlil and Mary preferred to spend their time alone. In her journal Mary often noted Kahlil’s comments, such as his 1911 declaration: "Oh! What a good time I do have here! I live here & only here—at other times I’m not living.”[4] 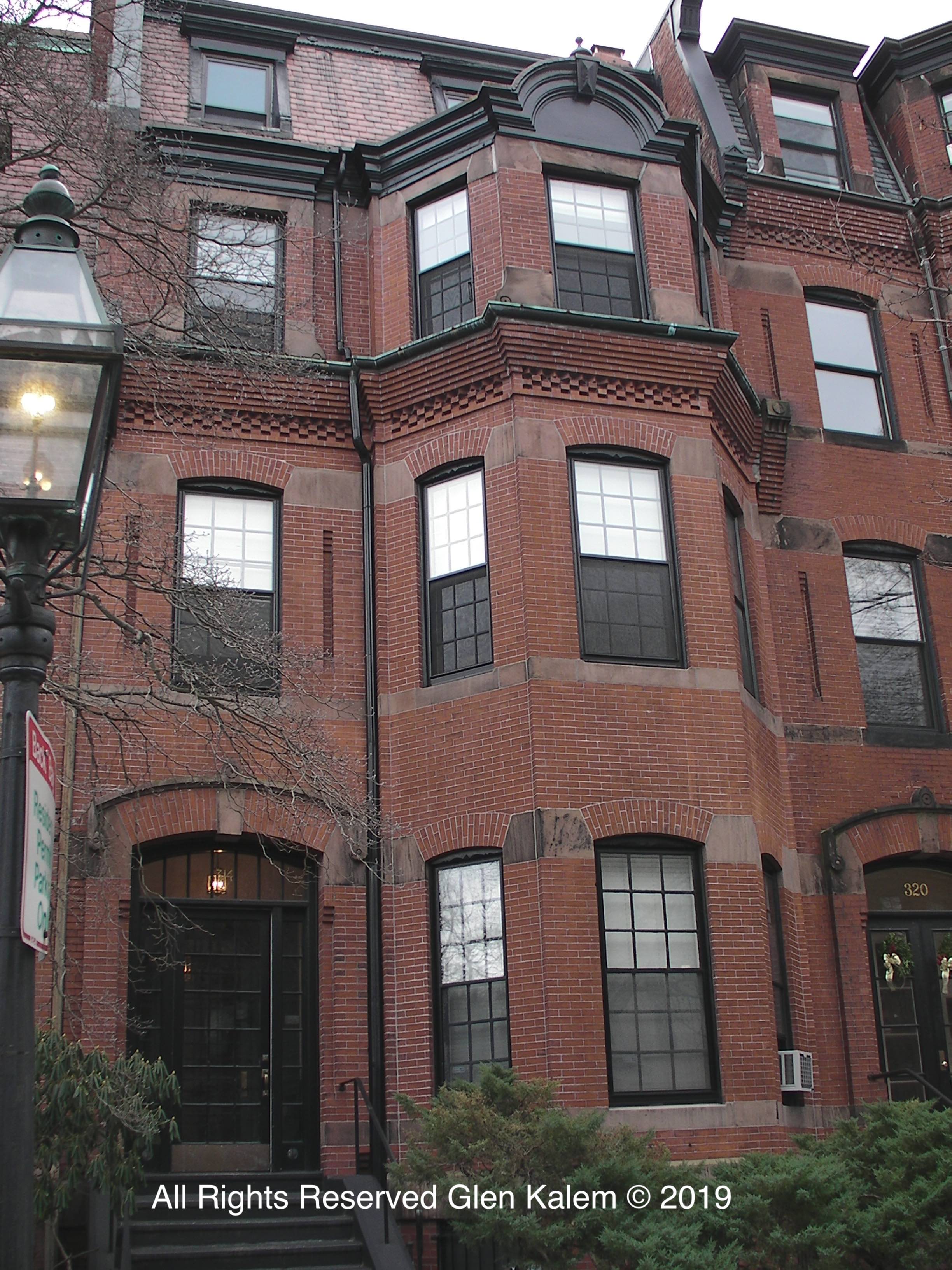 When discussing great literature, the couple strove to identify universal ideas about life. In reference to a course Mary developed, they classified “supreme literary expressions of the World-Soul.” After deliberating, or what Mary called “talking the bark off our tongues,” they made their final selection, which included the “Book of the Dead, Job, Aeschylus, Sophocles, Euripides, the Koran, Dante, Shakespeare, Michelangelo, Leonardo, Faust, Balzac, Nietzsche, Ibsen, and Whitman.” On the surface, these discussions about great literature and writers seemed ordinary and routine, but bubbling underneath, both Kahlil and Mary understood their work had a purpose beyond designing a class for Mary’s school. Their efforts sought to understand the universal essence of these great works, and to push Kahlil’s work forward in a similar direction.[5]

When Kahlil began to write in English, the Gibran-Haskell literary journey took on a more deliberate course. Mary assisted Kahlil as his scribe, and helped him with words and phrases. She coached with purpose, with the goal that Kahlil would one day write solo. In 1914, while working on his first book written in English, The Madman, she recorded, “It will not be long before he will be so a master of English that he need look nothing over with anybody.” Nonetheless, Kahlil recognized Mary’s valuable input, and utilized her editing skills for all his major writings in English, even after she moved to Savannah in 1923. In January 1917, Kahlil wrote: “You see, Mary, I go to your school, too, and I am sure that I could not have written a word in English if it were not for you.” And, again, in April 1918, he wrote: “how can anything of mine be really English without your help?” Mary critiqued Kahlil’s writing with an eye on clarity, and the work’s ability to transcend time to become an example of a “supreme literary expression of the World-Soul.”[6]

Kahlil published The Madman in 1918, followed by The Forerunner in 1920, and then his “supreme literary expression,” The Prophet in 1923. He published three additional books before he died, Sand and Foam (1926), Jesus, the Son of Man (1928), and The Earth Gods (1931). Two books were published after his death, The Wanderer (1932) and The Garden of the Prophet (1933). Gibran’s final book was unfinished at his death, and though his secretary, Barbara Young, a writer, completed the manuscript, critics deem the final publication less authentic.

In May 1918, Kahlil shared his first draft of The Prophet with Mary, which he originally called “The Counsels.” After going through the manuscript, he asked, “Do you notice how full these things are of what we have said in talking together—sometimes years ago…There’s nothing in them that hasn’t come from our talks. Talking about them with you has made them clear to me.” Over five years later, they realized the fruit of their labor in the publication of The Prophet in the fall of 1923. Today, as predicted by Mary nearly one hundred years ago, the phenomenal book The Prophet transcends generations and provides us with solace, wisdom, and pleasure.[7]

* This article is excerpted from the paper “The Literary Journey of Kahlil Gibran and Mary Haskell,” in Gibran in the 21th Century: Lebanon’s Message to the World, edited by H. Zoghaib and M. Rihani, Beirut: Center for Lebanese Heritage, LAU, 2018, pp. 152-159.