On November 24, 2020, as part of their annual Middle Eastern Literature conference, the Peking University celebrated the 130th anniversary of Kahlil Gibran by bringing together academics from across China.

Mr. Glen Kalem, an executive member of the newly-founded Kahlil Gibran Global Forum, also made the journey from Sydney, Australia, to be part of this celebrated event.

Mr. Kalem’s visit marks the first-ever to China by any Western scholar of Gibran. His aim was to bridge the cultural and academic gap that has been in place since the earliest of Gibran’s translations in the 1920s, whilst also promoting a healthy and on-going dialogue between Gibran scholars of China and the West, where most of the study and research has been the focus over the last 90 years.

Peking University is the academic and spiritual home of Gibran in China, with translations dating back to the 1920s. The University oversaw the earliest translations made by well-loved and respected Chinese artists and academics. In fact, Gibran’s poetry in China is ranked as the second official translation of any Arabic literature, excluding non-religious translations. The first was “A Thousand and One Nights,” translated in the 1890s.

The first to translate a selection of Gibran’s works in 1923 was the much-famed and respected novelist Moa Dun, also known by his pen names Shen Yanbing or Shen Dehong. It wasn’t, however, until 1931 when Professor Bing Xin’s translation of “The Prophet” was eventually completed and published. Pixologic™ ZBrush® 2019 delivers a powerful set of new features to drive your creativity to new dimensions. Online zbrush purchase at Discount software store.

In China today exists a healthy appetite for Gibran poetry and history, with several completed works published both online and in print. Conference director Professor Lin Fengmin, PhD, head of the Department of Arabic Language & Literature at Peking University says, “There is a large and growing interest in Gibran literature in China,” and he anticipates that with the help of the web,  “Gibran in China has a very bright future…I am confident that if they were to read one sentence of Gibran’s poetry, they’ll read much more, if not everything.”

Associate Professor MaZheng, PhD, of the Henan University is also currently on a sponsored initiative from China working out of the University of Maryland where he is translating selected works of Kahlil Gibran under the guiding hand of world-renowned scholar and Gibran biographer Professor Suheil Bushrui, BA, PhD, Hon LHD Research Professor Emeritus and founder of The Kahlil Gibran Global Forum and director of The George and Lisa Zakhem Kahlil Gibran Chair for Values and Peace.

Mr. Kalem is an international Kahlil Gibran researcher and historian who is turning his findings into a debut feature-length documentary film. He currently sits on the board of the newly-founded Kahlil Gibran Global Forum, an initiative of the University of Maryland under the auspices of Professor Bushrui. 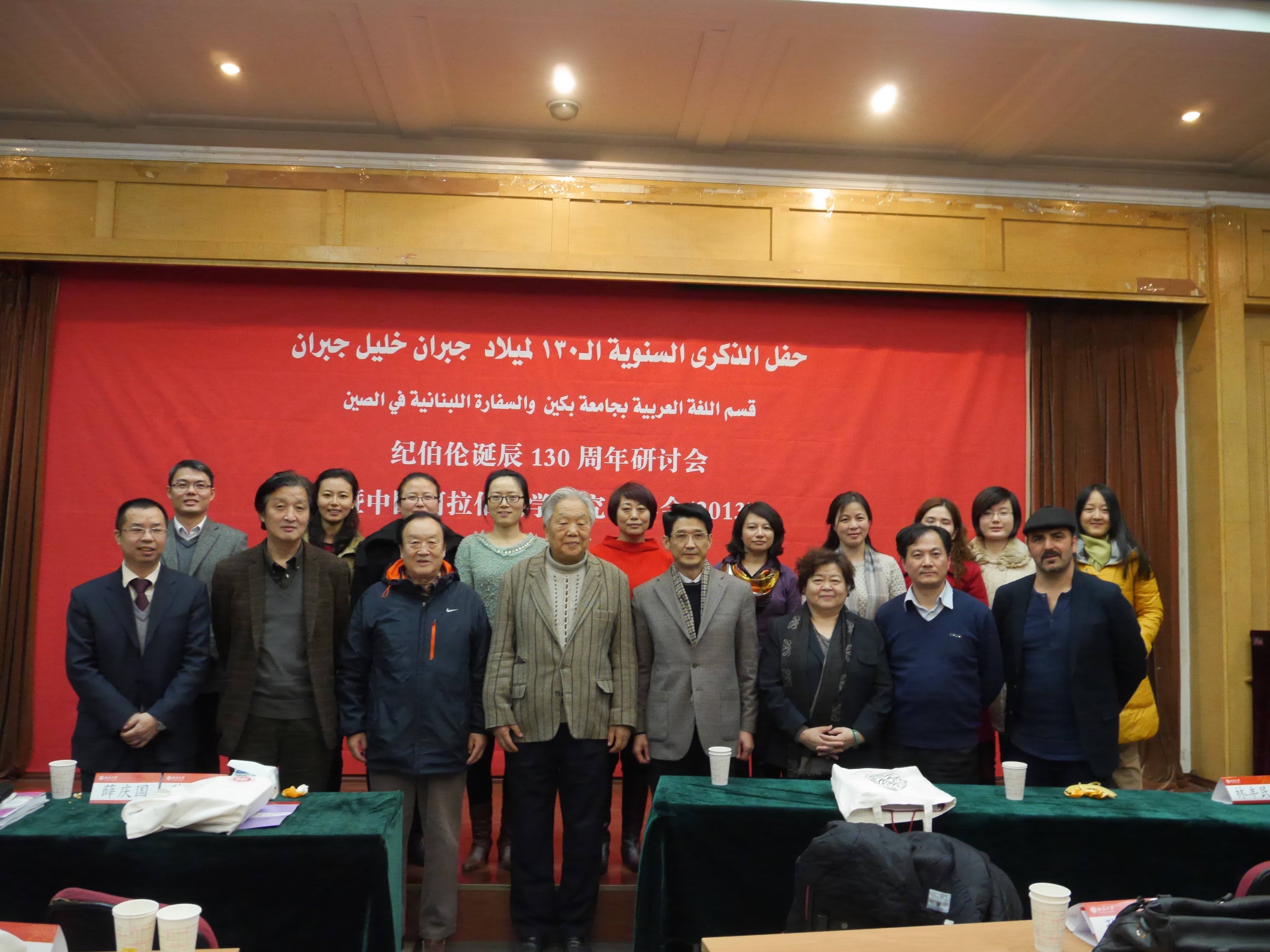