To Gibran: A Eulogy by Ameen Rihani

Transcription of the original Arabic poem by Nadine Najem

Translation into English by Naji B. Oueijan 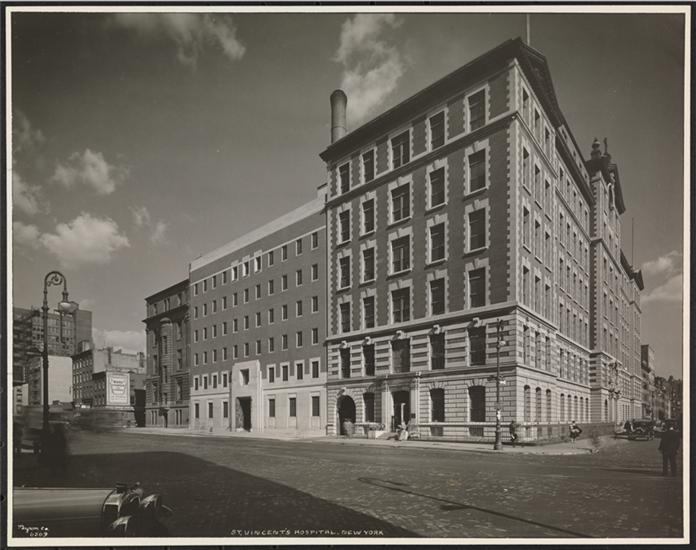 Ninety years ago today on the 10th of April 1931, Kahlil Gibran passed away at St Vincent’s Hospital in New York City around 11 pm. His official cause of death was noted as ‘cirrhosis’ of the liver and some traces of ‘tuberculosis’. Aside from his Boston funeral proceeding, Gibran willed that his body is to be buried in his native town of Bisharri in Mt Lebanon. It took a further three months before his body and his belongings finally arrived in Beirut on the morning of August 21st of the same year. Greeted by thousands of mourners, the day was marked with many coming to pay their respects to Lebanon’s most prized and celebrated son.  Archibald Clinton Harte, an American traveler who attended, reported that the day and the days proceeding to Gibran's final resting place were more like a 'triumphal'  return ...'a joyous kind of funeral that one thinks one would like'.

Starting with a guard of honor around the casket, it was proceeded with the minister of education solemnly pinning the decoration of fine arts on the poet’s breast. 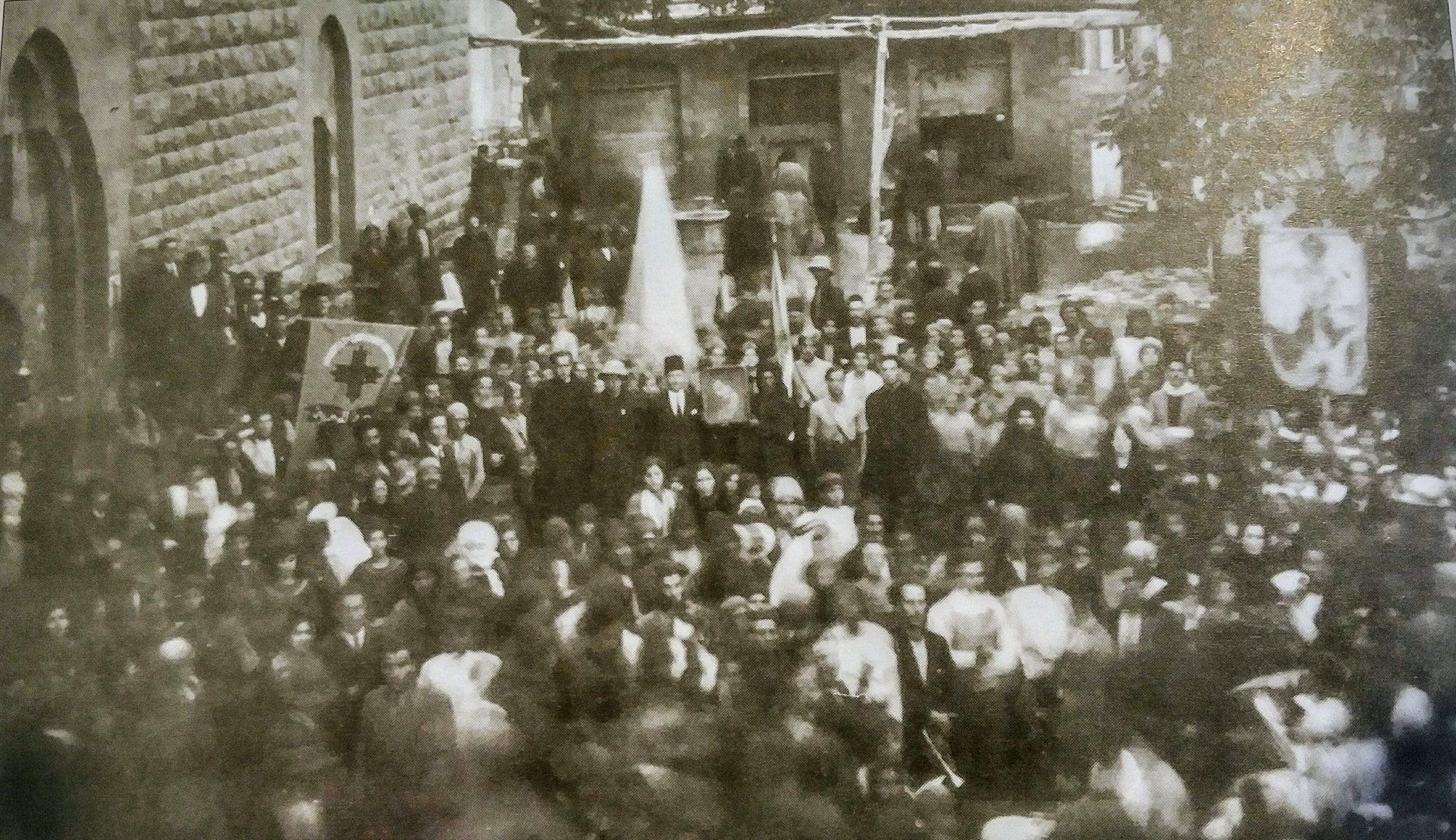 In the procession, towards the magnificent cathedral of St. George, representatives from the high commissariat, the French admiralty, were followed by the religious representatives of Greater Lebanon. Members of the Shi‘ite and Sunni Muslims, Greek and Syrian Catholics, Orthodox, Maronites, Jews, Jesuits, Protestants, Druzes, Armenians, and crowds of children had come from all over Lebanon. 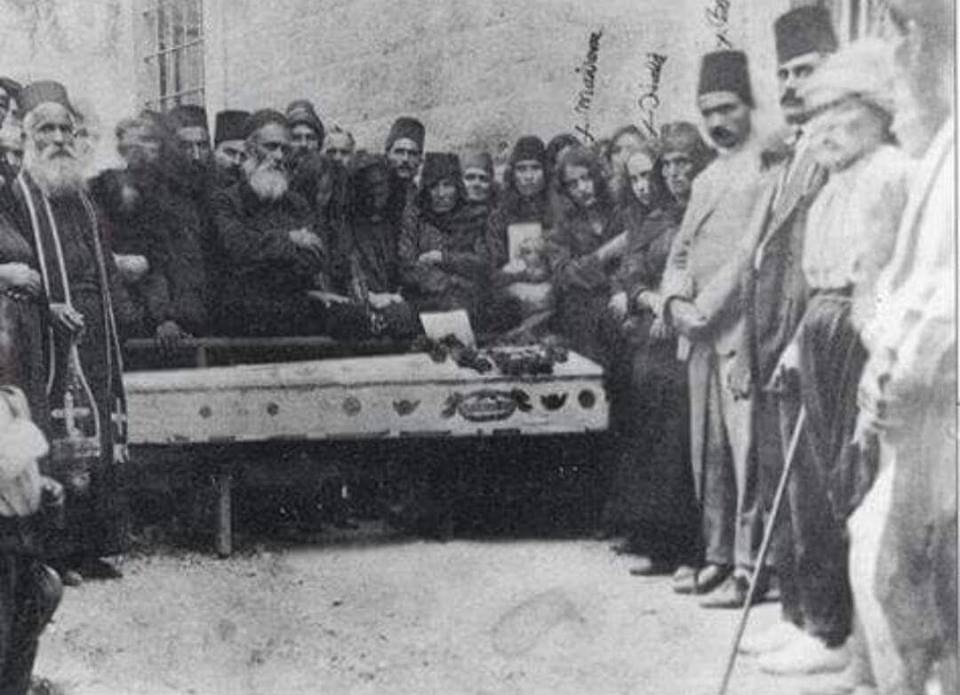 That evening Charles Dabbas, president of the Republic, officiated at a governmental reception where among others, was Gibran’s one-time mentor, Ameen Rihani. That evening he gave a moving speech, coupled with a composed poem aptly named: Akhi wa Rafiqi Jubran (Gibran, My Brother, and Companion) or simply still, Ila Jubran (To Gibran).

The poem, published in Rihani’s posthumous Arabic collection Hutaf al-Awdiyyah: Shiʻr Manthur (Hymn of the Valleys: Prose Poems, Beirut, 1955, pp. 123-136), may be considered as the last letter written by Ameen to Kahlil. 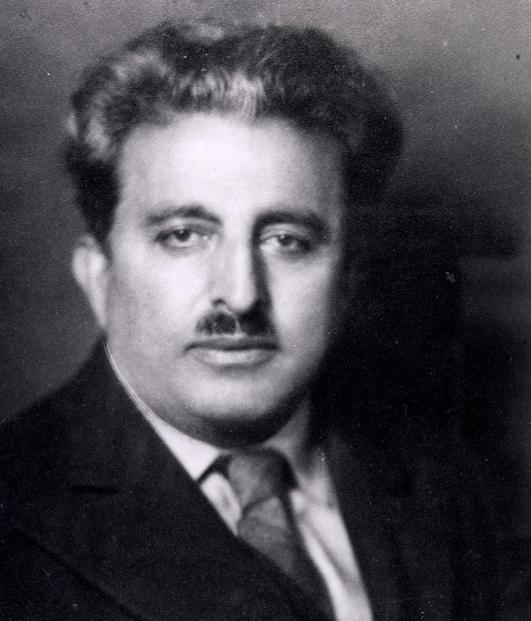 On the occasion of the 90th anniversary of the poet’s death, here below are a transcription by Nadine Najem of Rihani’s original Arabic poem, with an English translation by Naji B. Oueijan (cf. A. Rihani, Hymns of the Valleys, translated with an introduction and annotations by N.B. Oueijan, Piscataway, NJ, USA: Gorgias Press, 2002, pp. 90-96).

Seems it a day in Lebanon

Whose secrets are to man untied,

One of those hours which smoothly glide

A remarkable rebirth it seems to be

At the alley of the valley,

Where hearts and dreams sweetly lingered,

Where the daybreak meekly whispered,

The clouds cleared, and the night slumbered,

And the hills glittered.

In Lebanon, his spirit blows again

Blackberries under a high rock,

All overspread their coral hue;

And at its foot, the laurel grew,

And the crimson tulip sparkled;

Whereupon the voice of time proclaimed

‘Twixt each and all the wakeful rays.

And the voice of generations said:

“My plants and seeds would bloom

In death and life, in bright and gloom,

For the noble news;

In Lebanon, his spirit blows again.”

And at the cradle of prophecies,

Around the pilgrims’ sanctuaries,

Where rests the sacred valley

Beneath the Cedar’s boughs,

Where days, hymns of praise, chanted,

While poetry’s brides from incensed valleys

Advanced with cups of ivory

And the brides of imagination

Came from the moistened prairies

And blackberries in coral clusters.

In the shade of alleys, the greeters’

Than silk by wind caressed.

And from the brooks, voices

Of revolutions whose waters

From the mountain heights would flow

Where violets, under the snow,

And from those heights came shepherds

For his spirit, in Lebanon, blows again.

And on the Mediterranean coast,

Where the river embraces the breaking waves

Rose from beyond the snowy bower.

One of them in black was dressed,

Another female in full white wear,

The third one pulling her purple hue,

But in her breast the flame of desire blew.

The three, moaned July and bid the dawn:

“Has he? Has he returned home?”

And from the mountains of Judas,

Responded the lyre of David,

Whose hymn, them, delighted.

And from the meadows of Galilee,

Voices told of the Great Nazarene.

And from the Jordan valley a voice

Uttered the names of Armeya

And in the oasis the dove chanted;

And of Mejnoun the bulbul warbled.

And from the kingdom of al-Gizat,

A voice of one high ranking

“Each voice is heard in its domain.”

The history, literature, and doctrines of the East.

And though he bid his country farewell,

He could not leave his heritage

Which he carried beyond the seas.

Distance glorified his good deeds and his memories

And nourished the beauty of the voices he heard.

The clanging church bells in Lebanon he adored,

And the melodies of the Oud and of the pipes he devoured.

In the valleys and the Cedar shade his imagination roamed;

And at the silver brooks, writing, he paused

And dreamed of dreams of ebony and gold.

He left, but he did not depart.

His country, he carried in his heart.

And before his genius matured,

Enslaved by his ambitious soul,

He throve for knowledge and for all,

Though new passions soothed not his soul;

Gibran stood firm though no more

Could his feet touch the soil of his country,

Which alone he sought to carry,

Except in moments of consummation and dreams.

In Paris, city of the lights, I met him

Greeting its nights, his lamp-light dim.

I saw the girls of July – the females of imagination –

Wandering around him, American companions and Parisian,

To merge in his joy, love, and derision.

The one in white would open wide

The doors which art and beauty hide;

The one in black would turn his heart’s folder

To fold its pages with her soft, cold finger.

The one in purple scarf would stand

Between the others two, her hand

The glass emptied, and to her lipstick turned.

A source of beauty and art was his wakeful spirit;

Perception was its visionary merit;

The museums and cabarets,

The gardens and the cafés,

Were to him inspiring companions,

And partners of joy and splendor,

And representatives of woe and glamour.

As it perceived the rootlet of taste artistic;

It became more thirsty the more it quenched,

More fiery, the more it searched.

You bade Paris farewell, but you never left;

The heritage of France

And that of the East you carried

To a city with glory recently honored,

To a city in the new world, whose heart is of iron.

There, amidst the frightful and deafening noises,

Where slaughtered are humble voices,

Where even great passions become breathless

In the heart of the current restless,

Which enslaves the business moguls

In the shades of sky-scrapers.

A city where electricity the sun replaces.

There in the city of iron and gold,

In the city where man wears time and a scale holds,

In the city which enumerates and measures all,

There in New York, lived he who could not compute;

The measurements and scales, would refute.

In a hall anointed by a great zeal,

The effort of the soul striving to feel

In this hall which turned into a haven

Of thought, art, and imagination,

Until by its walls it concealed both

The East and the West;

And the window overlooking the North,

Carried in its radiant light

There in this humble hermitage, dim and bright

There in the cradle of compassion and encounter,

And amidst statues, pictures, books and paper,

Amidst the wreckage of pages,

Where thought and wisdom competed,

Amidst small pearls by thorns supported,

And pictures upon which his brush wandered,

There, this hermitage was overflowing

With artifacts, literature, and spiritual schemes,

There he struggled against the elements,

His spirit, reason and heart contested;

His armor was two swords:

One of the East,

And another from the West;

He gave one what his heart offered,

And the other with his mind and spirit colored.

Both Arabic and English he encountered

And tamed them to express his mind and imagination.

Doing what is right,

And ten of calm and light;

Over the mind, in Arabic, he triumphed;

And the heart, in English, he mastered.

By his Arabic imagination,

The facts of life Gibran unveiled;

And in English, above imagination he reigned.

He was a genius, as a writer and sage.

His words were heard in nations, which in rage

Towards the East their deaf ears turned.

His wisdom was learned by those who matured

Around the cradle of wisdom, and on its thrones ruled.

And amongst them, Gibran had his brazier and throne.

The three females around his throne I could spy –

The females of New York and July.

They came in a vision with reality dazed,

Or reality with a vision glazed.

I heard them reciting poetry, and incense burning,

The pages of the immortal book, I saw them turning;

That was the book of passion and of wings broken.

Around his coffin I saw their light

And heard them asking the night:

“Will he ever return? Will he?”

Al-Farid, the Madman, and William Blake

Gibran, my brother and companion!

Nothing has ever made me more gloomy

Than your final return to Lebanon.

May Death do justice to both of us,

Between the one, who back home often returned,

And the one on whom deprivation’s agony prevailed.

My eyes and heart, I would have given you;

Thus you may see what, in you, now we view.

Gibran, my brother and companion!

Fame has its time; sadness has its own;

And what remains belongs to Lebanon,

To this dear, generous, and tender mountain,

Which holds you today and will maintain

What of me tomorrow remains.

Whatever the message we carried to the East and to the West,

Time will ever acknowledge our best.

And whatever for our fellow men we created,

The future will give us justice when my dust

In the valley of Al-Freike will rest

And call yours in the sacred valley.

Then from the pine that will shade my grave

The breeze will carry my fragrant kisses to your cave,

Which the Cedar will forever shade. 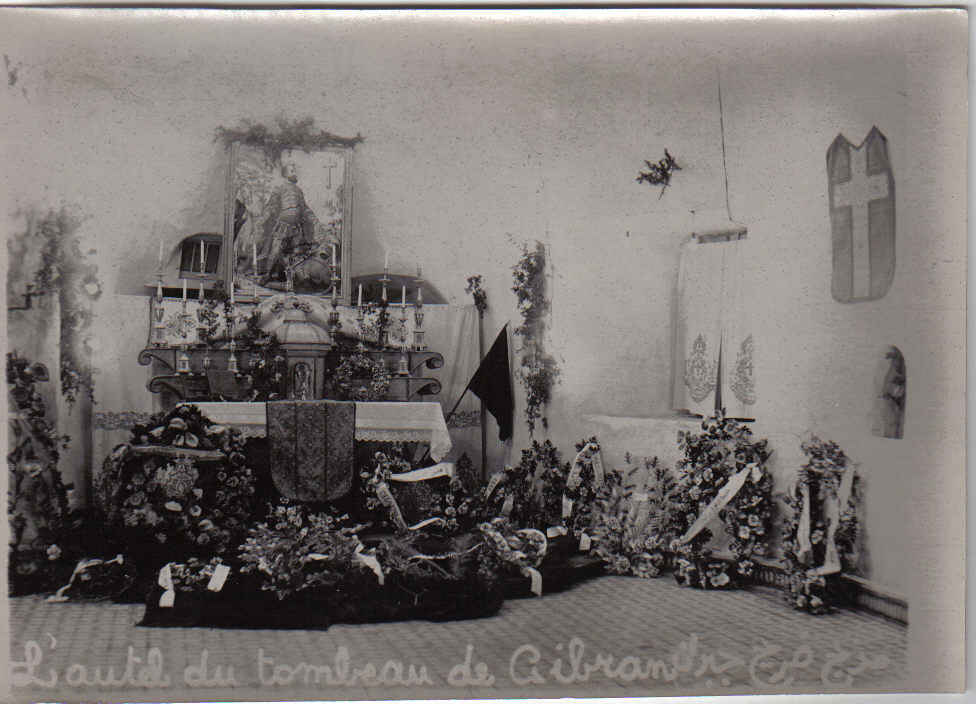