By Francesco Medici and Glen Kalem-Habib

On May 4, 1908, Kahlil Gibran told his patroness Mary Elizabeth Haskell a curious story about his time in Beirut (1898-1902), when he was a student at al-Hikmah College and met a girl who lacked the courage to express her feelings to him. Mary, as she used to do, carefully recorded it on her diary: 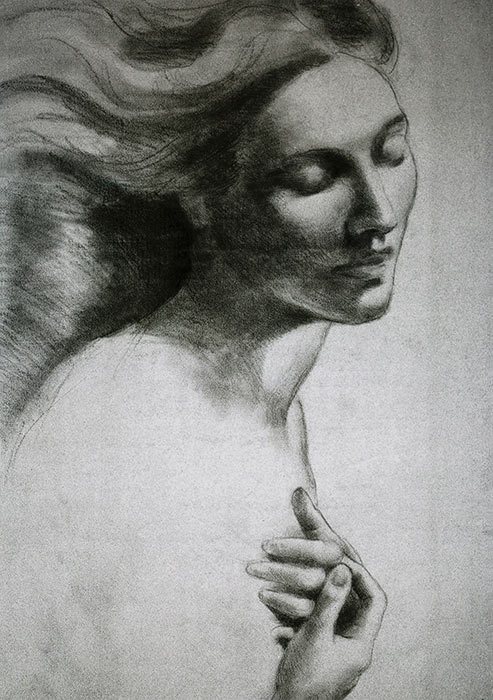 “I will tell you something in my life [he said.] Something that will remain with you.” This was the story… told simply, gently, softly: While he was at college in Syria a lady (his relative) & her three daughters were very kind to him; would send him fruit. Once with the daughter he met another lady… a widow of 22 (Sultana Tabit)… he was 17… beautiful, accomplished, poetic, charming. She seemed wonderful to him… he tho’t much about her. Four months they knew each other. They exchanged books, & notes with them… Her notes were brief, to the point, cool, impersonal. Then she died. Her friend sent for Kahlil and gave him, unopened, a silken scarf, some bits of jewelry, and a packet of 17 letters, sealed, & addressed to him by the dead woman. Those were love letters – tender, near-beautiful. “And cannot you imagine what a sorrow that was to me? [he said.] “What a pity? Why did she not send them before? It was many many months before that ceased to fill my mind.”

The next day, Mary reported in her diary the following dialogue between her [M.] and Kahlil [K.] on Sultana: 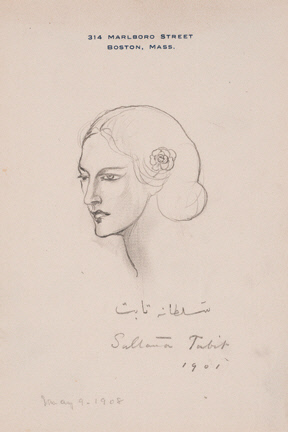 M. Draw a picture from memory of Sultana Tabit. (The widow he knew in College at Beirut, who died.) He took a piece of paper, and did. Said her eyes were the longest he had ever seen and that he had got them well, when it was done.

M. Why, that is where you got the long eye you used to use so much in your pictures.

K. Yes. They were so beautiful. I remember especially this long line here… (chin to ear)… just like a song, and the throat was long and curved like that, and the lower lip like a leaf, and the ear full of curves.
M. You dream of her don’t you?
K. No. She comes to me in the day, any time, and not like other people. My thoughts lead me to other people, but she comes without my thought leading to her. She’s there, that’s all, all of a sudden. I’d like to put in a white rose just above the ear. She used to wear one.
And he did. I asked him to put her name under it and the year he knew her. He put two Arabic words, perhaps her name, perhaps not. I did not ask. And he smiled a dear intimate little smile at her as he wrote them, then her name in English and 1901.

Some biographers asserted that Sultana Tabit (or Tabet) was the sister of one of Gibran’s best friends from college, Ayyub Tabet, who became a prominent nationalist. This account was further taken up by other scholars as being true to the fact, but as we will reveal this was not possible due to certain dates and places that simply do not align with this story. 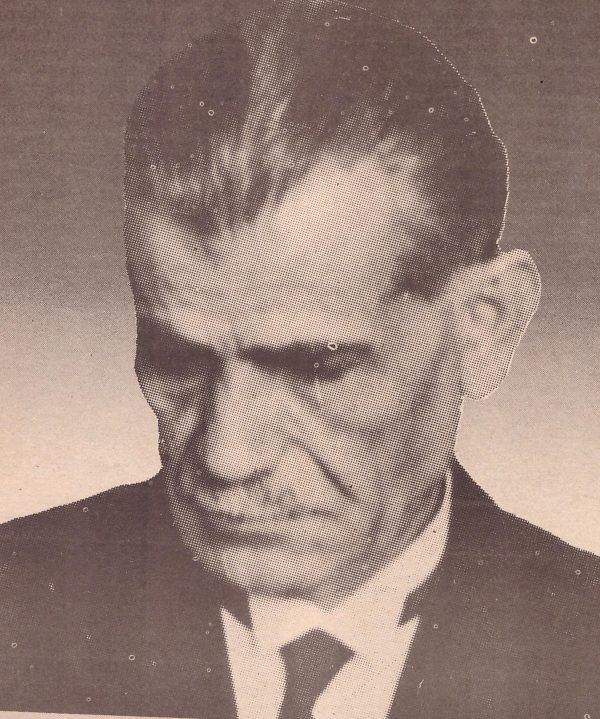 He first studied medicine at the Syrian Protestant College (today the American University of Beirut) and then at the University of Texas, from which he graduated in 1900. After that he returned to Lebanon where his reputation was that of an excellent doctor, but his thoughts soon turned to politics. Because of his anti-Turkish sentiments and as one of the organizers of the First Arab Congress (Paris, 1913), he was charged with treason and sentenced to death in absentia by the Sublime Porte. So he managed to escape to New York where he remained until 1920, and it is there that he most certainly met, for the very first time, Gibran. In 1917, with the registered name of Eyyoub G. Tabet, he founded in New York the Syria-Mount Lebanon League of Liberation (also known as the Syrian-Lebanese League of Liberation), whose aim was that of encouraging young Syrian-Americans to bear arms against Turkey for Middle Eastern autonomy. He was president of the league, Ameen Rihani vice-president, Mikhail Naimy secretary of Arabic correspondence and Gibran secretary of English correspondence (other prominent Syrian-Lebanese men of letters and activists were on the executive committee, such as Elia Abu Madi, Najeeb Diab, Abd al-Masih Haddad and Naseeb Arida). 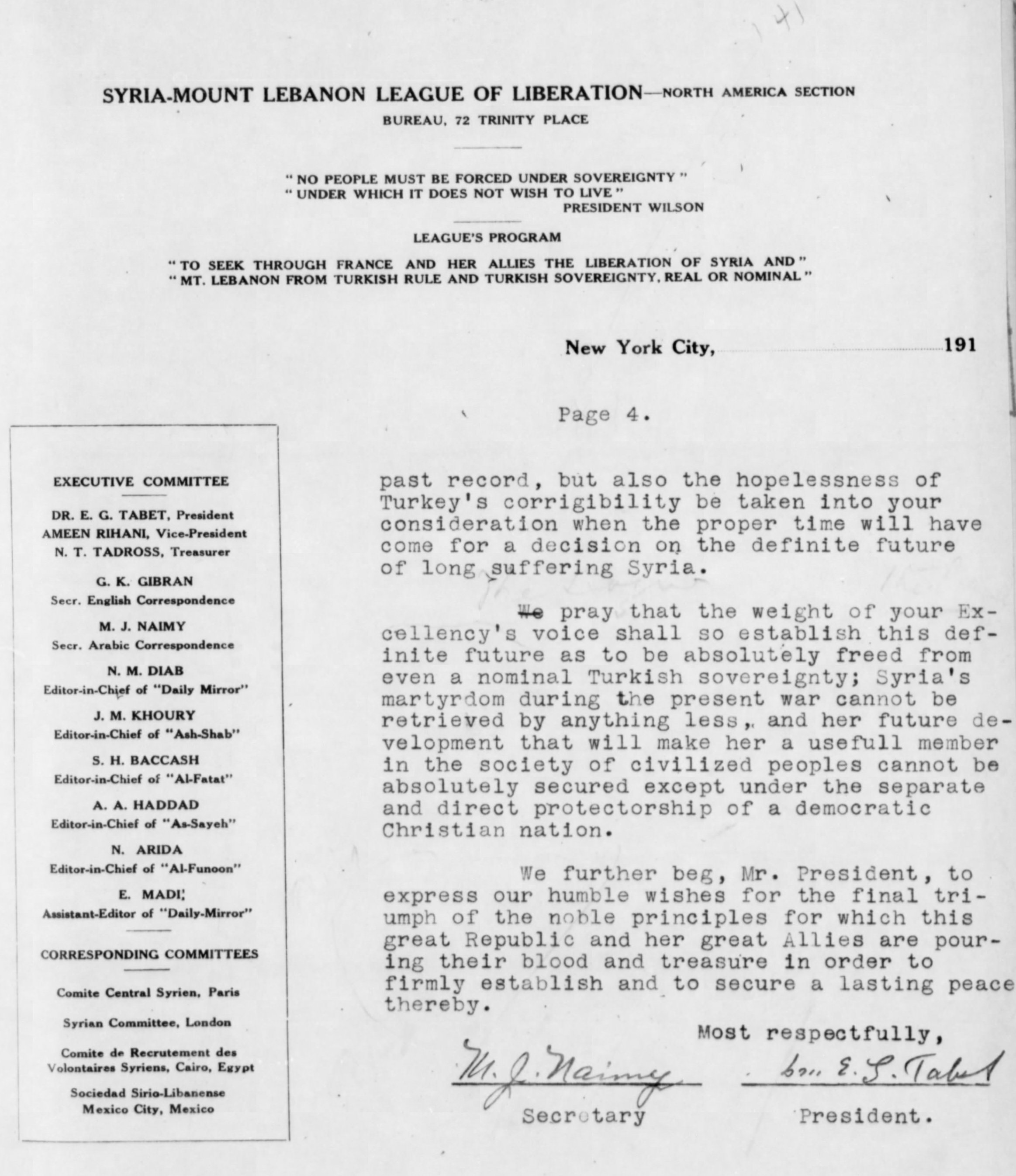 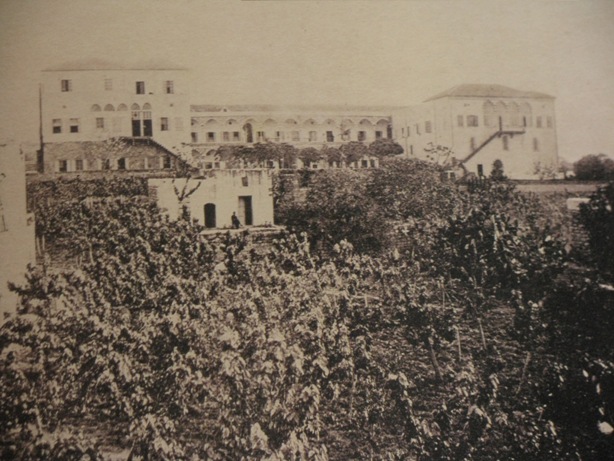 Madrasat al Hikmah presented. In the first place, Ayyub Tabet was not Gibran’s college friend, since Ayyub was older than he, and never studied at al-Hikmah. Furthermore when Gibran was in Beirut, Ayyub was busy earning his medical diploma in Texas – it also must be noted that in Mary’s diaries or in other Gibran’s correspondence, Ayyub is always mentioned as “Dr. Tabet” or “Dr. E. G. Tabet” (i.e. as Gibran evidently used to call him which would lend a too formal tone to identify an old and intimate friend.)

As for the alleged young widow Sultana who prematurely died, Ayyub had no sister by that name. Ayyub’s sister, Elisabat Tabet (1877-1955), said to be of exceeding beauty, was not even married when Gibran was a student in Lebanon – ‘Sabat’, as her family and friends used to call her, did eventually marry in 1906, at 25, and died – all but prematurely – at age 78.

Finally, in light of the above-mentioned facts, it is therefore right to ask the larger question: who really was Sultana Tabet? Was she real or purely an imaginary woman? The riddle is still waiting to be solved…