Gibran and Pulitzer… What's The Connection?

In 1926, three years after the publication of Kahlil Gibran's masterpiece The Prophet (The Prophet & The Prophet Trilogy) and on the very same year his book of aphorisms Sand and Foam was available in bookshops, a drawing by Gibran adorned the dust jacket of Leonora Speyer's book of poetry titled Fiddler' Farewell.

In 1923, Kahlil Gibran's third book in English was published by Alfred Abraham Knopf in New York, The Prophet: twenty-eight sermons of wisdom with twelve paintings that add an extra dimension to the text. 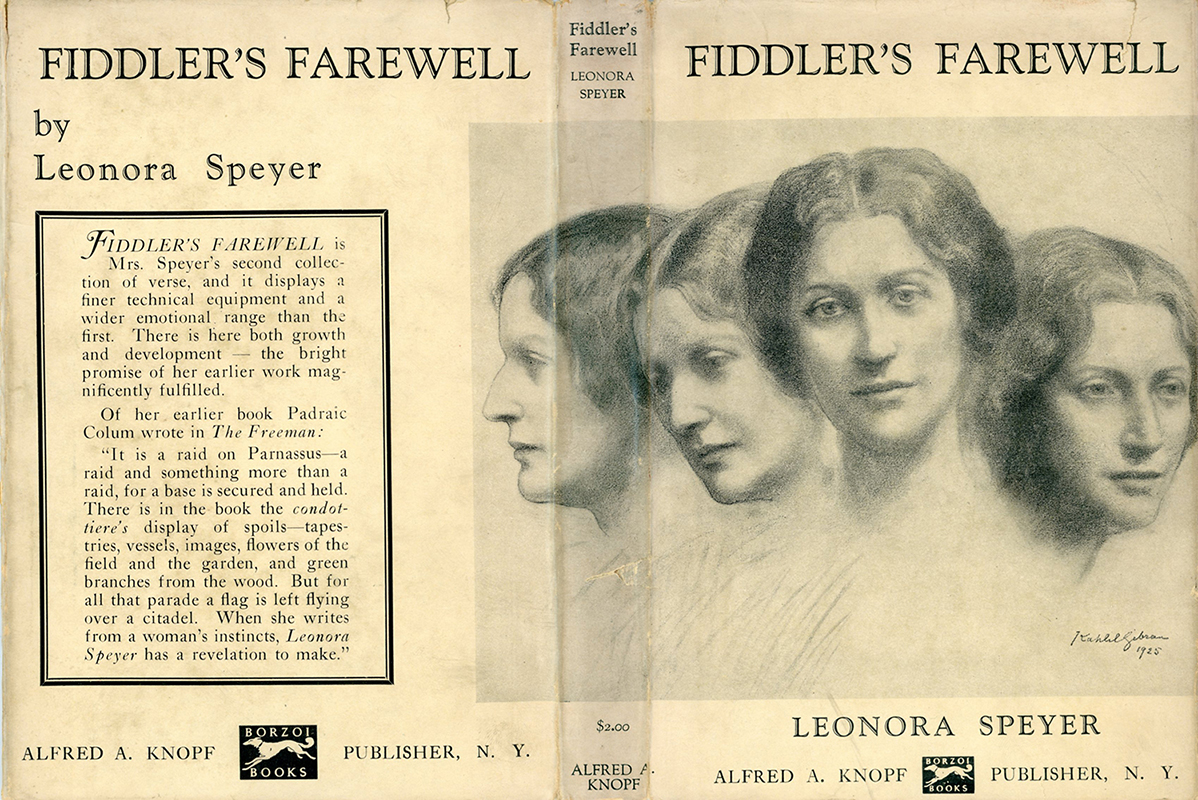 Leonora Speyer (later Lady Speyer), née von Stosch, was born in Washington, D.C. on 7 November 1872 and died in New York on 10 February 1956. She was an American violinist and poetess.

She was the daughter of Count Ferdinand von Stosch of Mantze in Silesia, who fought for the Union, and Julia Schayer, who was a writer.

Leonora studied music in Brussels, Paris, and Leipzig. She played the violin professionally under the batons of several conductors, including Arthur Nikisch, a Hungarian conductor who performed internationally, holding posts in Boston, London, Leipzig and Berlin; and Anton Seidl, another famous Hungarian conductor, best known for his association with the Metropolitan Opera in New York City and the New York Philharmonic.

Leonora first married Louis Meredith Howland in 1894, but they divorced in Paris in 1902. She then married banker Edgar Speyer (later Sir Edgar), of London, where the couple lived until 1915.

Her second husband (7 September 1862 – 16 February 1932) was an American-born financier and philanthropist, who became a British subject in 1892 and was chairman of Speyer Brothers, the British branch of the Speyer family's international finance house, and a partner in the German and American branches. He was chairman of the Underground Electric Railways Company of London (forerunner of the London Underground) from 1906 to 1915, a period during which the company opened three underground railway lines and electrified a fourth.

Sir Edgar had German ancestry and following anti-German attacks on him that year, the couple moved to the United States and took up residence in New York, where Leonora Speyer began writing poetry. She won the 1927 Pulitzer Prize for Poetry for her book Fiddler's Farewell. 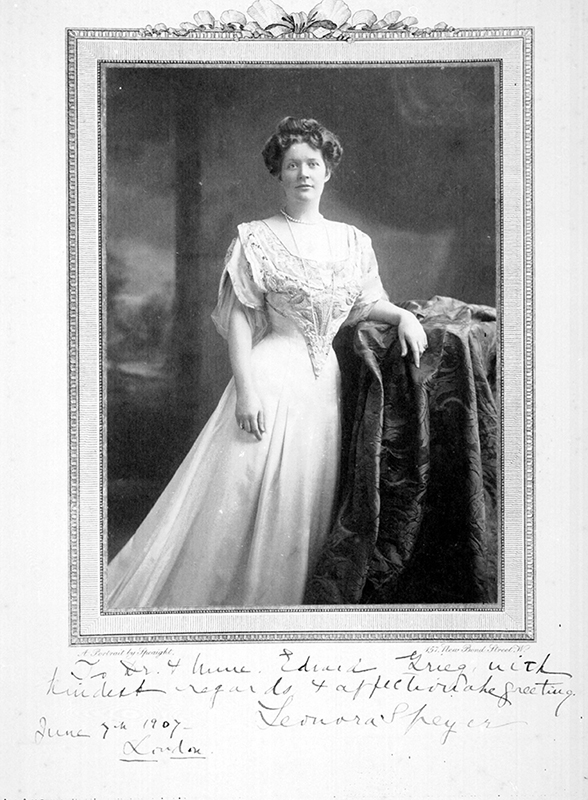 Published by Alfred Abraham Knopf in 1926, Leonora Speyer’s book of poetry Fiddler's Farewell was the winner of the 1927 Pulitzer Prize in the poetry category.

The Pulitzer Prize is an award for achievements in newspaper, magazine, online journalism, literature, and musical composition within the United States. It was established in 1917 by provisions in the will of Joseph Pulitzer, who had made his fortune as a newspaper publisher. 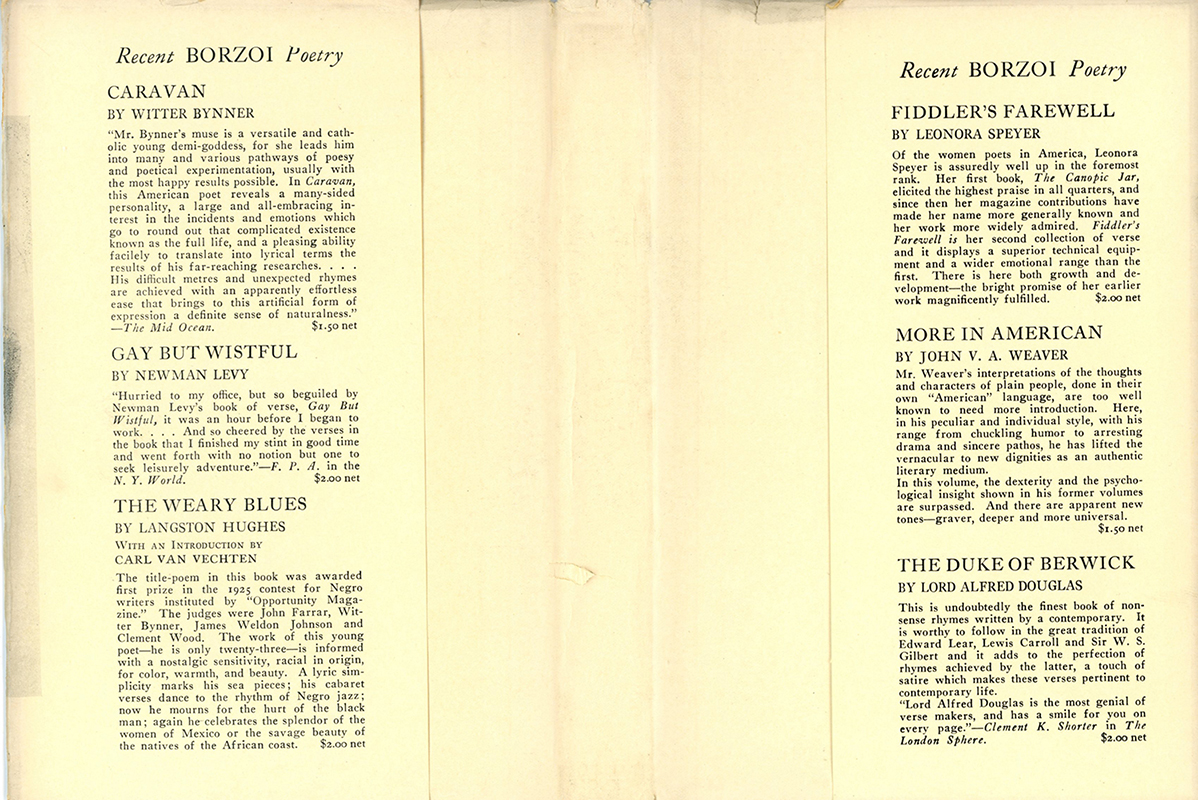 In 1925, through contacts he had in the literary and musical circles of Boston and New York, Khalil Gibran met Leonora Speyer and drew her portrait in a unique way, combining four portraits into one. 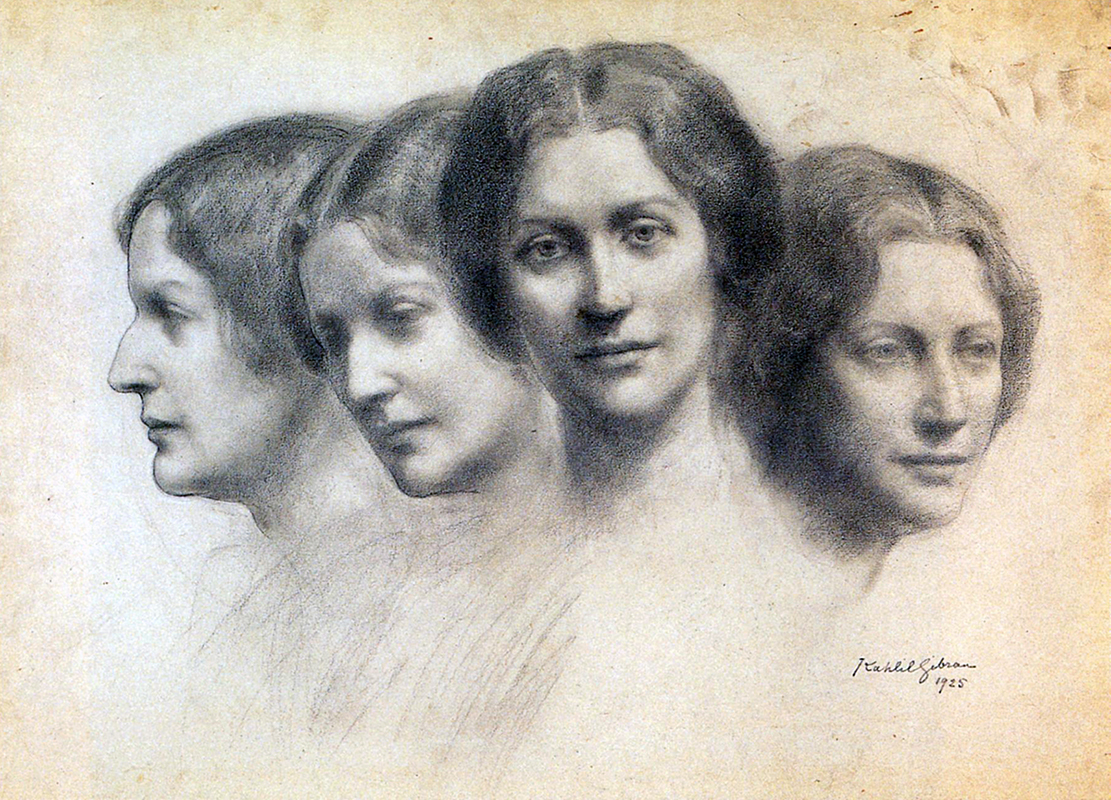 In the April 1931 edition of The Syrian World (page 39), an English-language periodical to which Khalil Gibran contributed on numerous occasions, Leonora Speyer paid tribute to her friend with the following poem:

Conqueror of the Sting

Does the hill lie down at last?
And the sea sleep on its shore?
You, so generous of words—
Generous no more!—

Is the storm stilled on a leaf,
And the wind bound in a sheaf?

Be still and know that I am God. (Psalms)

Only the dead are still enough…
And you, whom pain loved so,
You, lying there, know well,
Kahlil…
Pale poet's mouth
Sealed with the immaculate Hush,
Hand that has dropped the brush,
You of the eagle’s wing…
Listening, you know,
Triumphant over Victory,
And conqueror of the Sting!