John R. Cash (February 26, 1932 – September 12, 2003) is one of the best-selling music artists of all time, having sold more than ninety million records worldwide. His genre-spanning music embraced country, rock and roll, rockabilly, blues, folk, and gospel sounds. This crossover appeal earned him the rare honour of being inducted into the Country Music, Rock and Roll, and Gospel Music Halls of Fame. His music career was dramatized in the 2005 biopic Walk the Line. 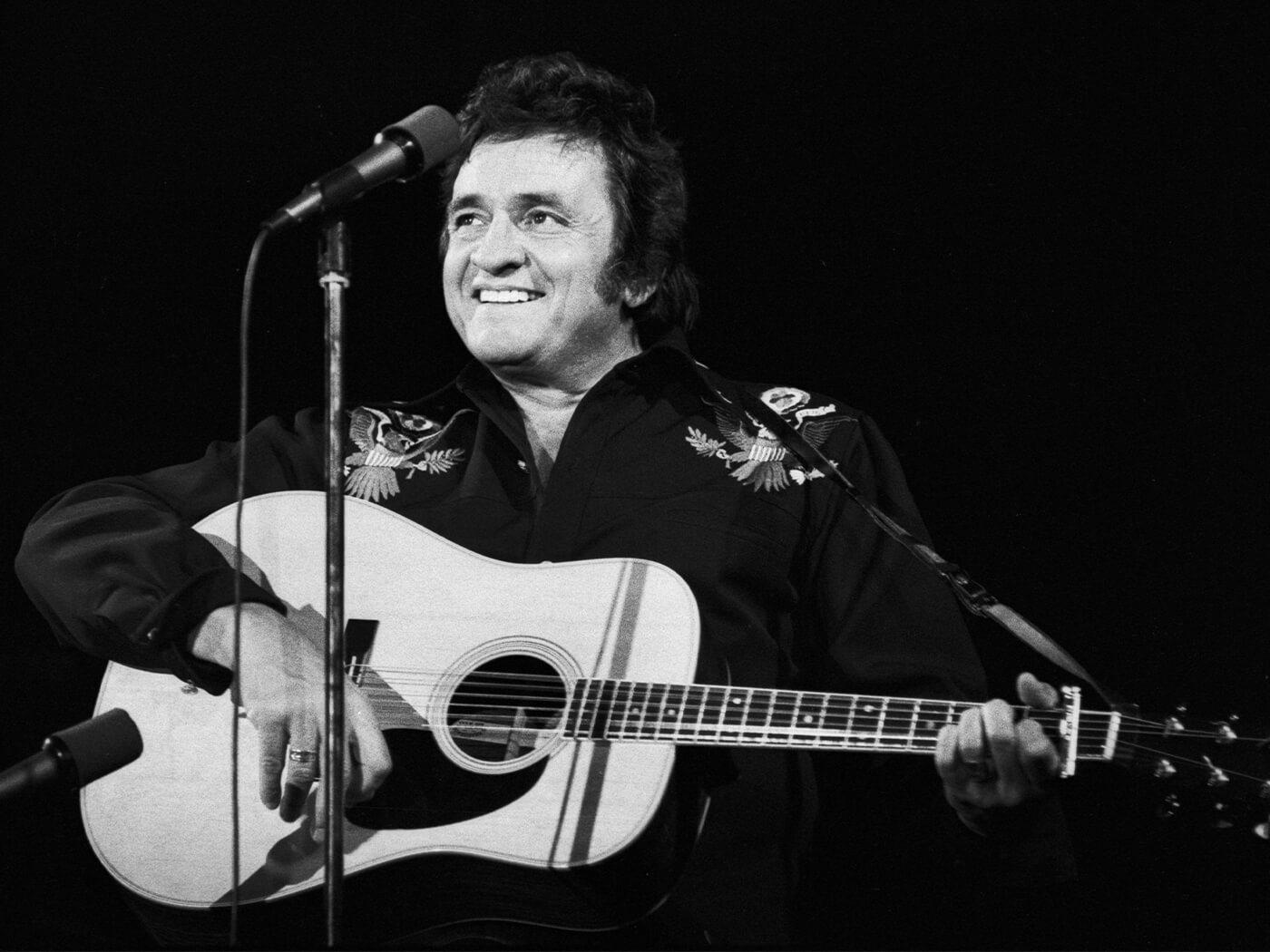 Quite extraordinarily, Johnny Cash recorded the texts from Kahlil Gibran's book The Eye of the Prophet as an audio book for Audio Literature in San Bruno, California, in 1996. At that time, the recording was made by arrangement with Frog, Ltd, and was sold as an audio cassette with music accompaniment composed by the following musicians from Nashville: David Ferguson, Mark Howard, Kenney Malone, and Atone Silverman. 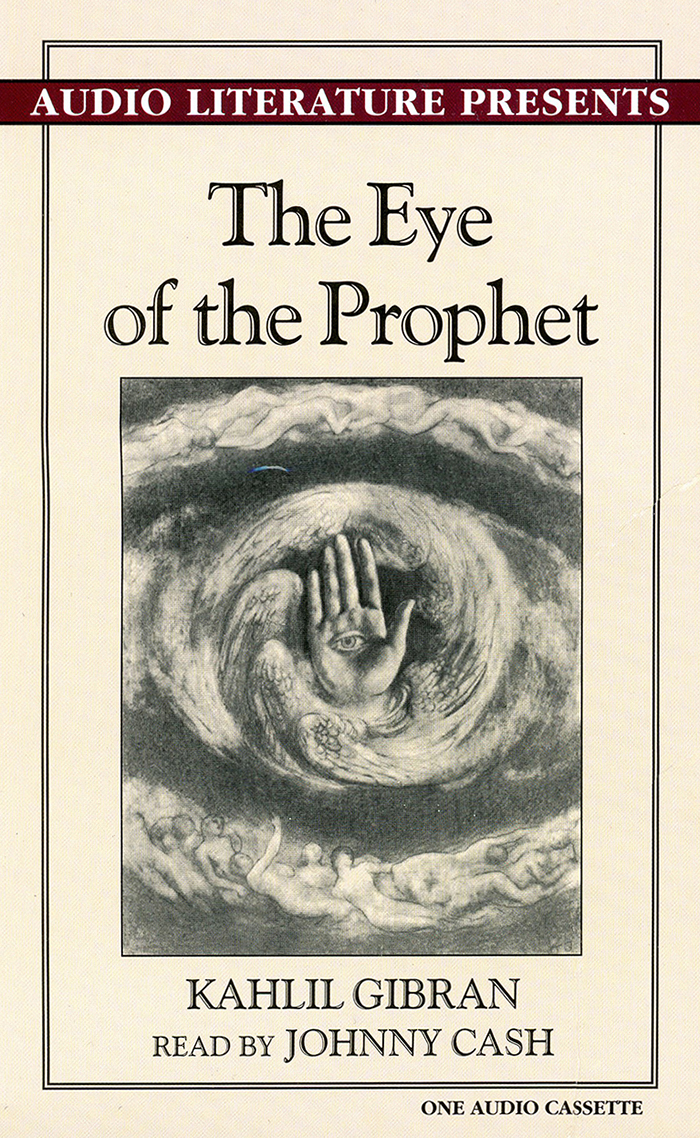 On the back of the cassette case, the comments read as follows:

Johnny Cash is a living legend in the world of popular music. He has won seven Grammy Awards and twenty-three BMI Songwriting awards and has recorded with an eclectic array of musicians from Jerry Lee Lewis to Tom Petty and the Heartbreakers. Johnny Cash has a great love for Gibran's work and agrees with the publisher that these never-before-translated-into-English writings are among Gibran's best.

Lebanese poet Kahlil Gibran is known the world over for The Prophet. At last, a worthy companion to his well-loved poem is available. The Eye of the Prophet is a startling new collection of Gibran's writings, translated from the original Arabic into French and now into English. Our ordinary life and labor are inherently noble, he believes, if only we act in concert with the sublimity of nature's creations. He writes of youth, love, marriage, and truth, and plumbs the depths of nationalism, religion, and spiritual growth. Gibran skillfully weaves Christian, Moslem, and Buddhist ideals into a great spiritual tapestry chat transcends cultural divisions.

The Eye of the Prophet, the book that Johnny Cash read from, was published by Souvenir Press Ltd in London and Canada in 1995. 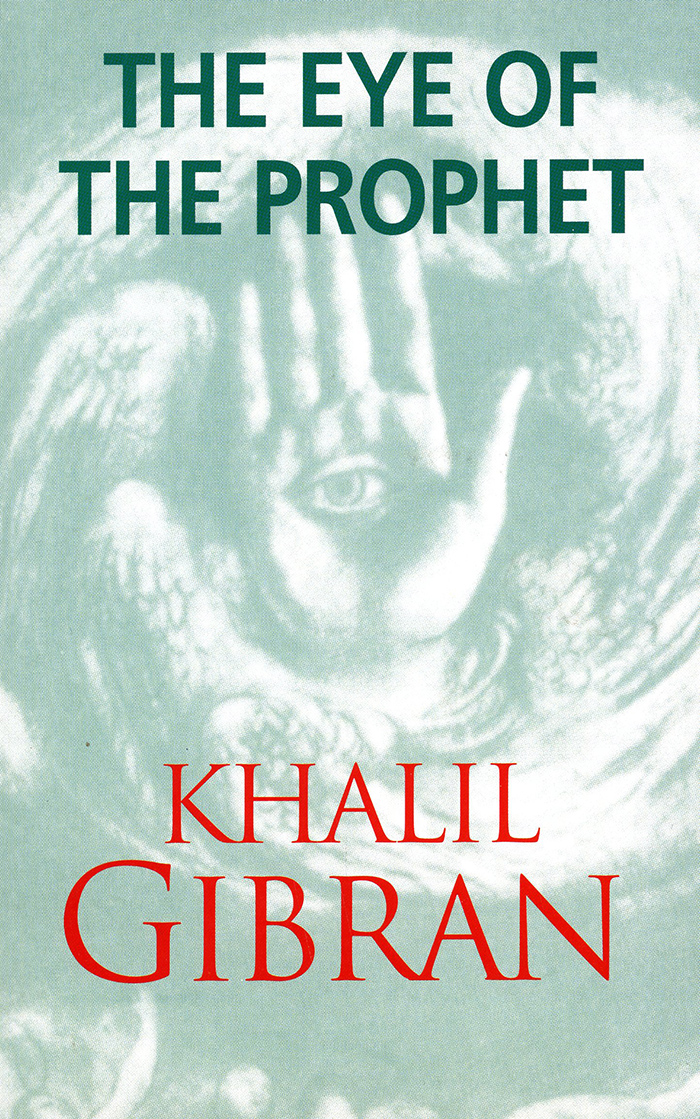 Khalil Gibran's The Eye of the Prophet, 1995

The comments on the rear cover of the book are as follows:

The perfect companion to Khalil Gibran

The Prophet is known and loved by people around the world, as an inspirational guide to everyday life it has become a source of strength to millions. The Eye of the Prophet draws from Gibran's prose, poetry and letters to provide an illuminating selection of Gibran's reflections that enlighten and help at times of stress.

As in his other books the author blends Christian, Muslim and Buddhist ideas into a spiritual unity that will transcend all cultural and religious divisions. His is a lyrical poetic voice that embraces both Western and Eastern philosophy, expressing the spiritual uniqueness of his thoughts with eloquence and wisdom.

Addressing his great themes of love and spiritual wisdom with sublime imagery Gibran reveals new insights into daily life and the mystical meaning of his message to the world.

It is noteworthy that, on the book's cover, Gibran's first name is not spelled Kahlil as has been customary in English ever since the publication of his first book in English, The Madman, by Alfred A. Knopf back in 1918, but Khalil like it is written in French, a transliteration of his name in the Arabic language.

The texts from the book are translations by Margaret Crosland from the book in French L'Œil du Prophète that was compiled by Jean-Pierre Dahdah, the Lebanese biographer of Gibran and the translator of his English and Arabic books. 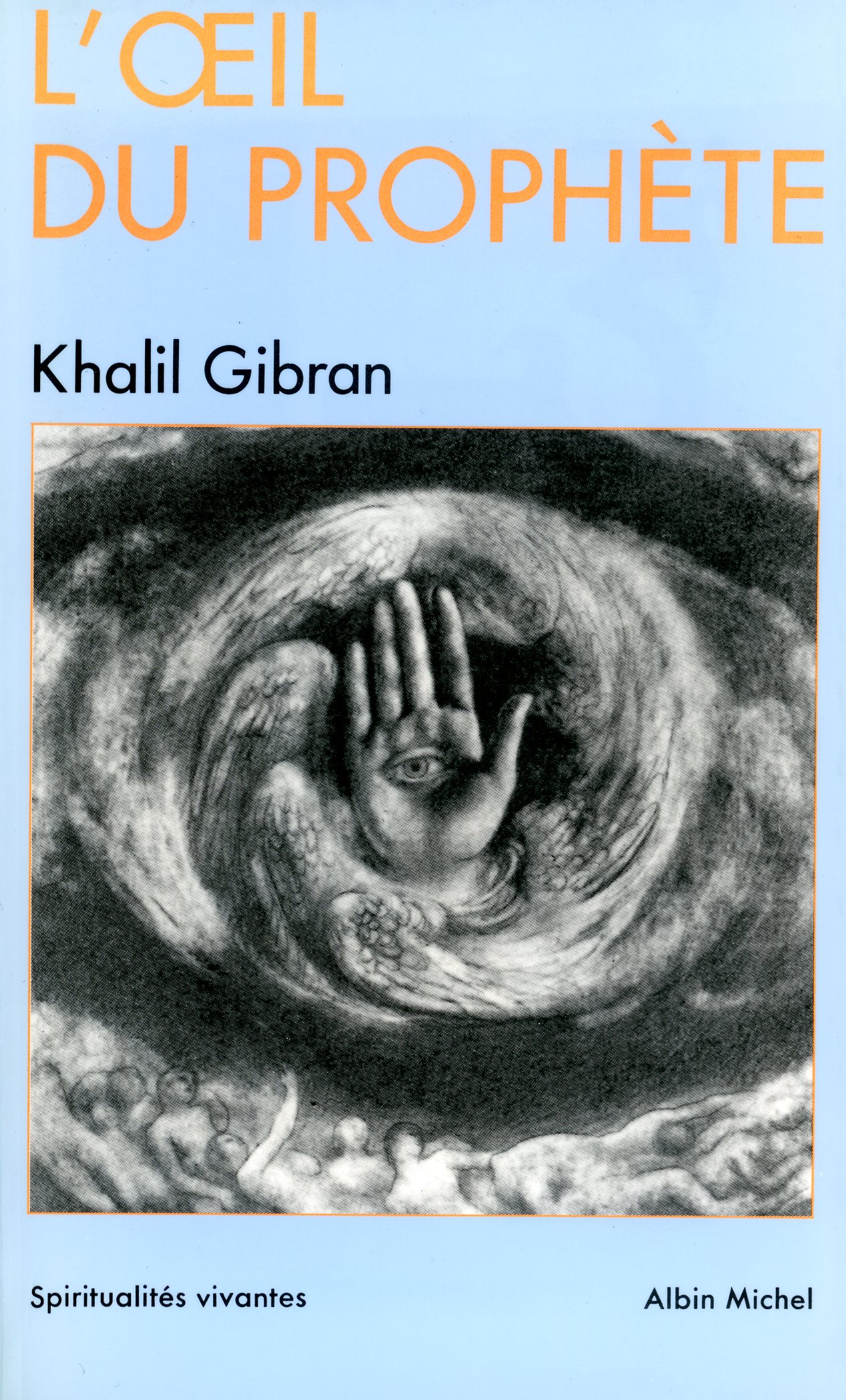 The comments on the back cover of L'Œil du Prophète read:

Translated into English, these comments mean :

In order to produce this anthology, Jean-Pierre Dahdah has searched through Kahlil Gibran's work, in English and in Arabic, as well as through his correspondence, for the jewels of his thoughts, the dazzling passages, the enlightening texts, the maxims and sayings that are useful for our existence and our reflection.

This selection is articulated according to the plan of his masterpiece, The Prophet, in order to remain close to the themes dear to the poet, those major themes that fascinated him throughout his life.

This collection thus offers us the essential texts that help us to better understand the profound originality of Kahlil Gibran's inspiration.

Jean-Pierre Dahdah's compilation contains no fewer than 144 texts that he translated into French from English and Arabic sources. In the English book The Eye of the Prophet, Margaret Crosland selected only those texts that were originally written by Gibran in his mother tongue, Arabic, leaving out all of Jean-Pierre Dahdah's selections from the English books by Gibran, thus making The Eye of the Prophet a thinner book with 75 excerpts.

(French translation from the Arabic by Jean-Pierre Dahdah)

Learn the words of wisdom uttered by the sages and apply them within your life. Live them out, but do not declaim them, for whoever repeats what he has not understood is as useless as a donkey laden with books.

(English translation from the French by Margaret Crosland)

For today's audience, The Eye of the Prophet is available on the Audible platform.