Hilda, the Woman Who Fell in Love with Kahlil Gibran and Mikhail Naimy

Hilda, the Woman Who Fell in Love with Kahlil Gibran and Mikhail Naimy

One of Gibran’s pencil drawings that was relatively unknown was recently brought to my attention: a portrait of a woman signed and inscribed by the author: “For Anna Hilda from her friend Kahlil Gibran – 1928”. 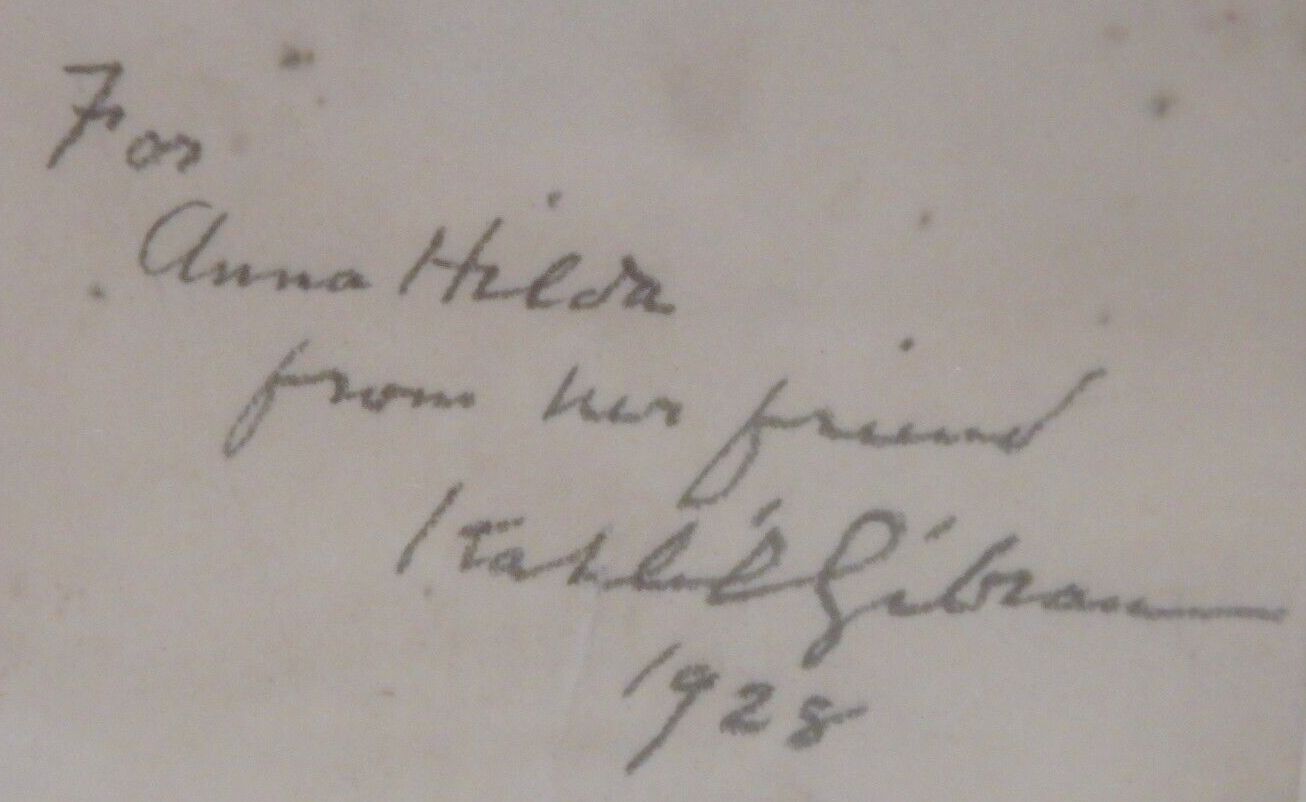 During his life, Gibran carried out hundreds of portraits and “heads”, both of famous people and of common men and women. And it was not rare that friends and acquaintances asked him for portraits of themselves or their relatives. Mainly for this reason, after almost a century after Gibran’s death, it is not always easy to identify the subjects of many of his drawings and paintings, especially when they are wanting in dedications or inscriptions.

Portrait of Anna Hilda by Gibran

As for the abovementioned case, we have at least a name (Anna Hilda) and a date (1928). The artist drew the portrait in the last years of his life, but who was the lady who posed for him? Unfortunately, as far as we know, none of his biographies both in Arabic and English mention an “Anna Hilda”. Nevertheless, according to Mikhail Naimy (1889-1988), who speaks of her in the second volume of his autobiography Seventy: Story of a Lifetime (Sab‘un: Hikayat ‘umr, Beirut, 1959-1960), there was a woman precisely with that name in Gibran’s and also in his own life.[1] Naimy tells that he first met her “on the sidewalk of the train station in Boston” in April 1931, when they both were leaving for New York after Gibran’s funeral. Naimy writes:

We arrived at the train station fifteen minutes early and began to walk around waiting for the next train. During this time I was approached by a young woman who asked me respectfully and courteously if it was acceptable to me to have a discussion about Gibran. She was an admirer of Gibran and had flown from New York to Boston to attend the funeral. We went on talking and continued the discussion on the train. When we arrived in New York, she asked me for my address and telephone number which I provided to her. For now, I will call this young woman “Hilda”.[2]

Some pages after, Naimy moves back to her, providing further information about her age and appearance which, together with the name, would seem to correspond to the woman in the portrait:

She appeared to be between twenty and twenty-five years old. Her short black hair was thick, curly, and dishevelled, and she was constantly moving it back off her forehead either by her hand or by shaking her head backward. In her black eyes, there were flames, bewilderment, and wonder, and in her nervous movements, there were worries and resolve. She spoke too fast, both with her mouth and with her hands. She was neither obese nor slim and relatively shorter than most women.

It doesn’t take long for that, after their return from Boston, the enterprising woman makes a date with Mikhail in his apartment:

That night, most of our discussion was about Gibran and the relationship they had together. After that, her visits became more frequent, and our discussions branched out to more diverse topics, and from then on, she rarely mentioned Gibran. She preferred to talk to me about matters of the spirit and why they were unclear to our five senses. 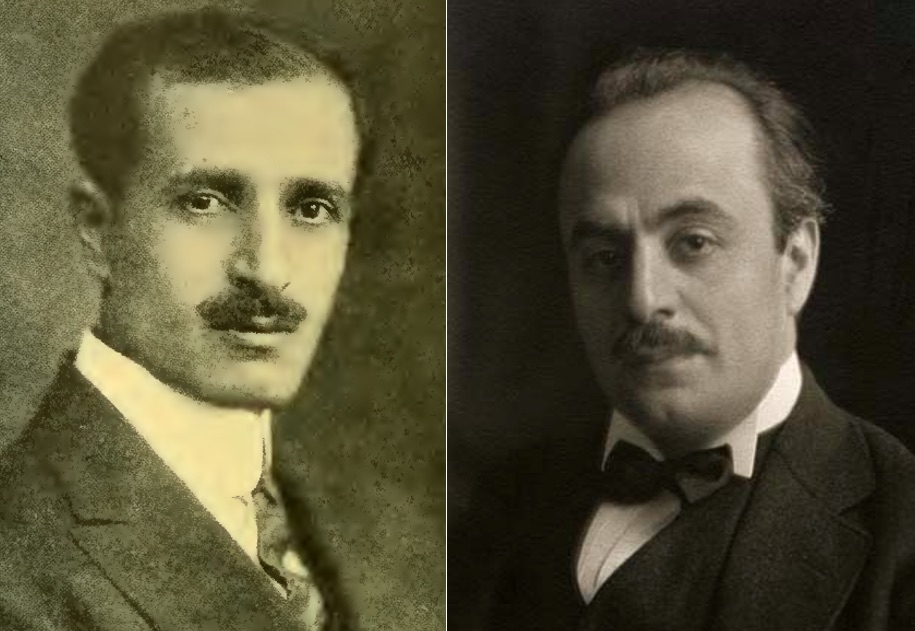 Naimy stresses that, during all their meetings and discussions, he “used to comply with the strictest rules of chastity, decorum, and decency, as if we were exactly a brother and sister”. But something unexpected happens on December 31th 1931, on New Year’s Eve. Hilda requests to spend the night with him and, although it was during the prohibition days in the United States, she arrives at his apartment with a bottle of whisky in her purse. While Mikhail refuses to drink, Hilda ends up draining the entire bottle by herself. When it is about to be midnight, Hilda is at that point dead drunk. She asks him for a kiss and the man, to not disappoint her, plants a small and brotherly kiss on her forehead. The woman isn’t satisfied and throws herself in his arms, but he doesn’t yield to her advances. On the contrary, he chivalrously decides to transport her in a taxi to the nearest motel, rent a room, and leave her to spend the night there.

At that time Naimy, who had in truth already decided to leave America definitely and return forever to his hometown Baskinta, Lebanon, was neither interested in new love affairs nor inclined in taking advantage of that kind of circumstances. His departure was on April 19, 1932.

I kept the date of my departure from Hilda until two days before the ship sailed, and when she learned about it and realized that my decision was final, her face darkened, her lips trembled, and her eyes drowned in tears. She insisted on accompanying me to the ship, but I convinced her otherwise… We said our goodbyes as she consoled herself with the thought that we will someday meet again.

But the two never met again and, as it had happened with Gibran, that mysterious woman had to renounce her impossible love.

And this is – or, it could be – the sad story of (Anna) Hilda, the woman who fell in love with Kahlil Gibran and his closest friend Mikhail Naimy.

[2] In his autobiography, Naimy often uses pseudonyms. In this case, he could have used only part of her real complete name.