★ ★ ★ ★ ★ "The songs are hauntingly beautiful, powerful, moving and superbly performed"

by Nick Wakeham from the MusicalTheatreReview.com

ABOUT
An autobiographical account of Gibran's first love, Broken Wings is a musical adaptation of the iconic poet’s 1912 masterpiece.
New York City, 1923. An ageing Gibran narrates from his cold studio. Through poetry and music, he transports us back two decades and across continents, to turn-of-the-century Beirut. His eighteen-year-old self returns to The Middle East after five years in America, to complete his education and discover more of his heritage. He falls deeply in love with Selma Karamy, the daughter of family friend and hugely respected local businessman, Farris Karamy. However, Selma soon becomes betrothed to Mansour Bey Galib, nephew of the powerful Bishop Bulos Galib, who has one eye on the Karamy family fortune. Gibran and Selma fight to reconcile their love for one another, whilst navigating the rules, traditions and expectations that their society lays before them.
This moving new musical is written by Middle Eastern duo Nadim Naaman and Dana Al Fardan, and directed by Bronagh Lagan, with orchestrations by Joe Davison. What inspired the acclaimed author of The Prophet to write? What moved him to such profound philosophy in his later life? The events of Broken Wings highlight key issues of the time, yet the themes and debates raised remain increasingly relevant today, over a century later; the fight for gender equality, the freedom to love who we love, tradition versus modernity, wealth versus happiness, immigration and the importance of ‘home’.
Press Release:
https://www.whatsonstage.com/west-end-theatre/news/broken-wings-musical-haymarket-naaman_46265.html 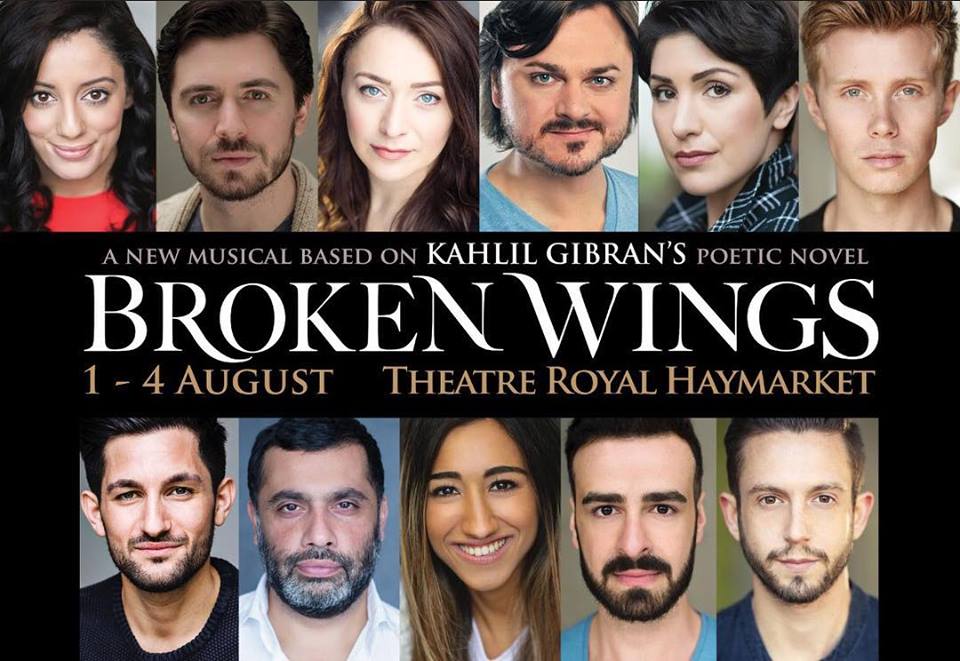