On May 4, 2017, Swann Galleries, a well-known New York auction house specializing in rare and antiquarian books, sold for $13,000 a two-page autograph letter by Kahlil Gibran to a Mr. Horowitz (Sale 2446, Lot 360). In his letter, the poet praises Horowitz’s essay introducing The Prophet and suggests that the latter tell Knopf of his translation of the book. These are the (almost complete) contents of the letter:

Thank you […] for sending me a copy of the preface which you have written for your translation of The Prophet. It is indeed beautiful, and it is most generous. […] [I]t is good and refreshing to find you and Henri Bergson agreeing on the most important manifestations of life and self. I am delighted to know that you are interested in that which is deeper than intellect. […] I would suggest […] your sending a copy of the ‘preface’ to my publishers. […] The Knopfs would be interested because they are bringing out my book Jesus [the Son of Man] early in October, and, naturally, they would know all the kindly things said of one of their authors, and they would tell you where to place your extremely understanding piece.

Of course you will tell my publishers of your translation, and also of its possible publication abroad.

It was most kind of you to send me the photograph of the actors who read The Prophet at Freedom Hill. I know in my heart that each and every one of you visited for an hour the dear city of our deeper desires, the distant city of Orphalese.

I am delighted to know that you are coming to settle in New York; and I shall be most happy to know you personally.

With kindest regards believe me.

P.S. Mr. Campbell of Alfred A. Knopf may be the most informative. Write to him if you care to do so. 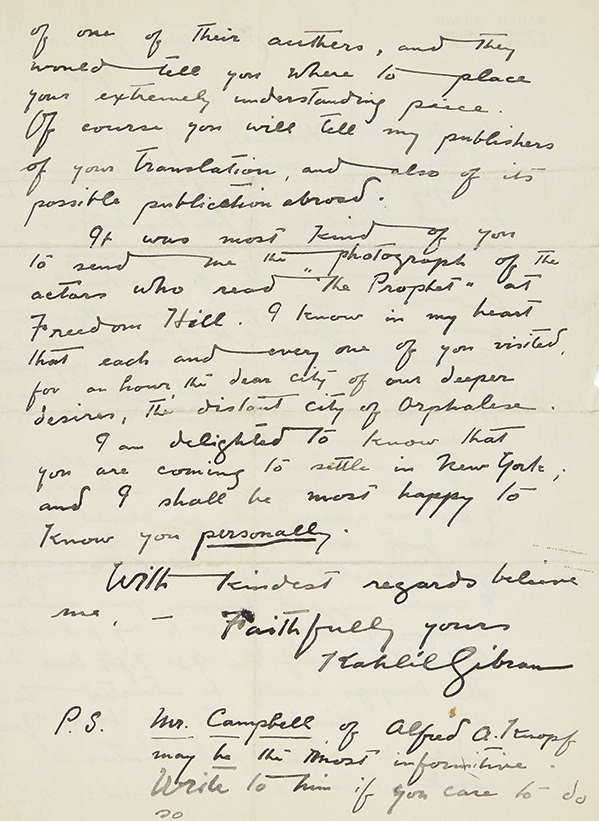 Isaac Horowitz (Yitshak Horovits, 1893-1961) lived in Jassy (Romania) until 1909 and then emigrated to the United States, where initially he worked 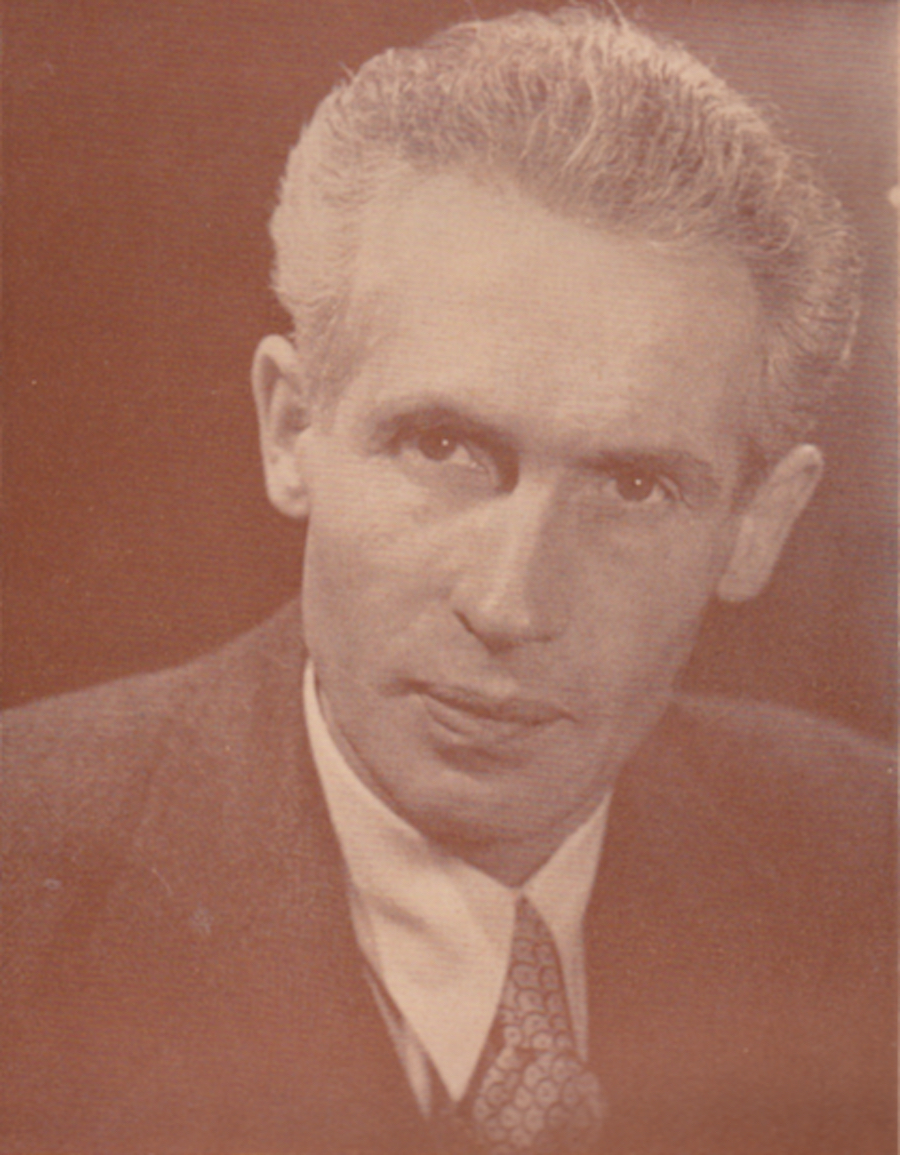 Isaac Horowitz in 1953 in a sweatshop and simultaneously studied. First settled in Los Angeles and then in New York (where he died), Horowitz was a prolific writer, poet, journalist, playwright and essayist, who as an author sometimes used the pseudonyms Danilo, Veritas, and A. H-ts.[1] 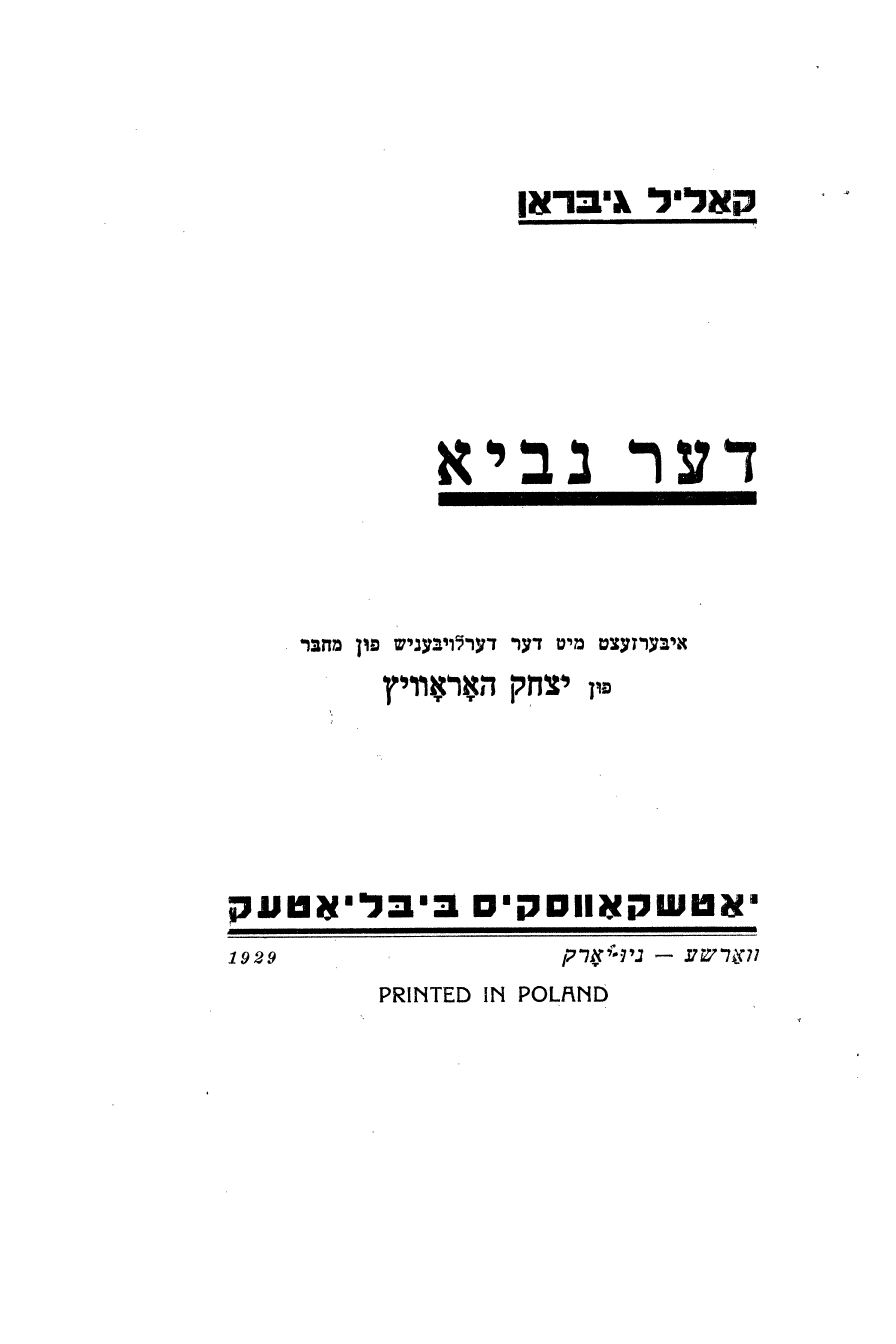 Der Novi (Warsaw-New York: Biblioteka Jaczkowskiego [S. Yatchkowsky], 1929), Horowitz’s translation of The Prophet into Yiddish, maybe also thanks to the intercession of Knopf or Gibran himself, was published in Poland a year after the aforementioned letter was written.

The Kahlil Gibran Chair for Values and Peace at the University of Maryland (https://gibranchair.umd.edu)