Kahlil Gibran’s masterpiece, The Prophet, as told through the eyes of a woman

February 14, 2020… The text of Kahlil Gibran’s The Prophet has been in the public domain for some time now.

February 14, 2020, a new version of Gibran’s masterpiece was published in the United States. In 2007 the authoress of this new book, known by the pen name Be Be, also wrote The Be Attitudes, A Catalog of Life & Light. 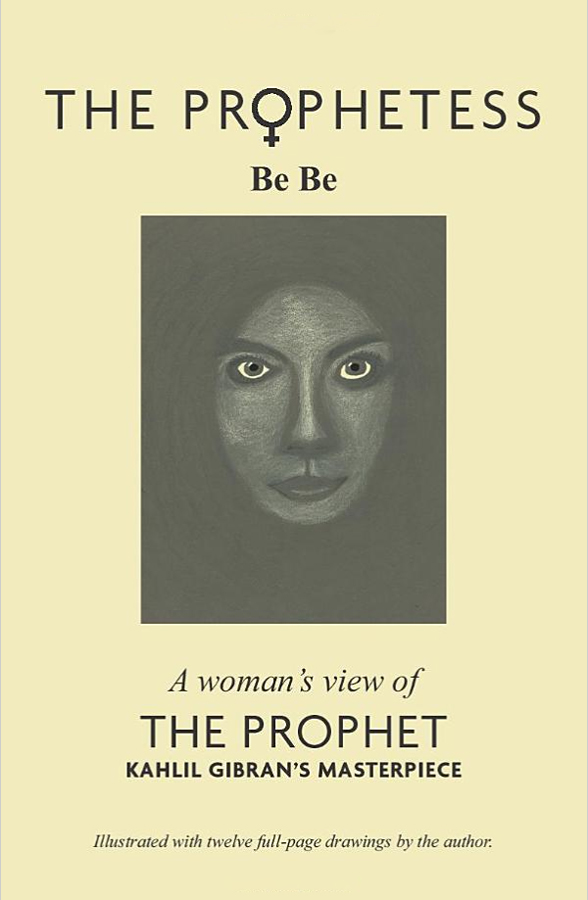 Here is what she wrote about her book:

“Forget not that I shall come back to you. A little while, and my longing shall gather dust and foam for another body. A little while, a moment of rest upon the wind, and another woman shall bear me.” — Kahlil Gibran.

This prophecy has come to pass with this version of Gibran’s famous book as viewed through the eyes of a woman. This treatment of Kahlil’s beautiful collection of poetic insights of the condition of humanity lends itself to this gentle outlook of life; a hopeful and spiritually nourishing outlook.

The preface to her book reads as follows:

The Prophet, by Kahlil Gibran, has delighted and inspired millions worldwide since it was first published in 1923. This universal appeal was undoubtedly based upon the incredible insight he had from his own spiritual life. In honor of the majesty and beauty of the language with which he clothed it, much of the text herein has remained intact in this transcription for women. However, in order to present these truths from the feminine point of view, changes have been made in reference to gender, community and spirit of being. All such changes have been noted in italics.

For eons, women have had to translate meanings and truths found in books written by men in order to see how they apply to women. Women relate better to life and the personalities involved when those relationships are presented from a woman’s point of view.

Many of the changes found within The Prophetess occur with simple shifts from ‘he’ to ‘she’ and from ‘his’ to ‘hers’. Other modifications have been enacted by exchanging the term sons to daughters, and master to mistress. In addition, further adjustments occur when referencing the collective idea of man or men to them, people and humankind. The idea throughout has been to be more inclusive when presenting the truths about the human condition in general. Usage of the term ‘God’ has remained the same, though references to God have been adjusted to reflect the feminine side of God. The term God was not changed to ‘the Goddess’ simply because it is not necessary.

Some would argue that God is male only and can only be referred to as God the Father. Yet, in order for there to be a father there must also be a mother, otherwise the term father is meaningless. The concept of God the Mother was edited out of holy books throughout known history in order to elevate the status of men to a superior position over women and has been the cause of great strife for centuries. Women are not the property of men. They are ‘Children of God’ just as much as men are.

There are those who would argue that God is neither male nor female. Was it not said, “Let us make mankind in our image, after our likeness”? And, after all, are we not male and female? Many would say that when we ‘go to heaven’ that we will become as the angels and not have sexes. There may not be need for sexes to procreate but there will surely be gender, for there are both masculine and feminine angels. Sex and gender are not one and the same.

And then, many would say that we each are both male and female. We do carry personality traits for both the masculine and the feminine, but one side will always be more pronounced than the other.

So, in order for there to be a companion book to The Prophet, I now present The Prophetess, a transcription for women.

In February 2020, Philippe Maryssael published his second book by Gibran, Le Sable et l’Écume, translated into French from Sand and Foam (1926). In a couple of weeks, by the end of November, his third book, Le Prophète, from Gibran’s masterpiece The Prophet, should be available.